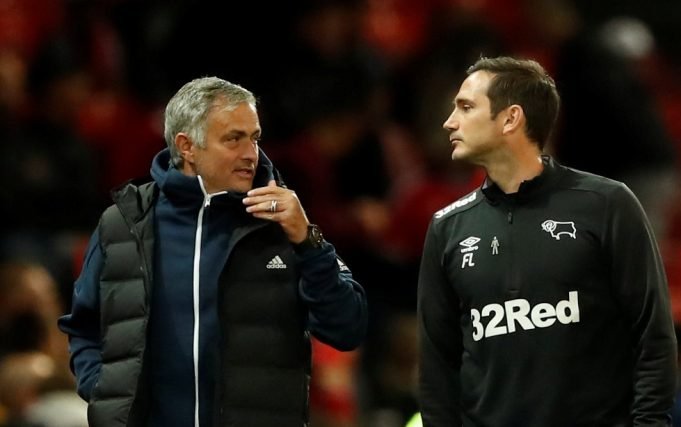 Frank Lampard has sympathised with Jose Mourinho over schedule congestion.

Both managers meet for a thrilling London derby on Sunday but Chelsea will have two extra days to prepare.

Due to Europa League commitments, Tottenham will be playing on Thursday night against LASK and then heading back to England to face the Blues. With travel and player fatigue, one can understand how Spurs might have a disadvantage in this tie.

Lampard believes Mourinho is right to complain about his club’s fixture congestion as he said, “Yes [I am sympathetic].

“I’m not sure what team Jose can pick for Thursday. He’s got a strong squad and he can make rotations. But if you’re not going to get up ready to attack a London derby, then you shouldn’t be in this game.”

To be very honest, Mourinho isn’t the first manager to complain about this issue and this season he won’t be the last. Due to a smaller window to host the season, many teams will undergo similar circumstances, especially if you are going deep in all competitions.

Tottenham have a deep enough squad but their Europa League aspirations will need to be kept in mind as well.