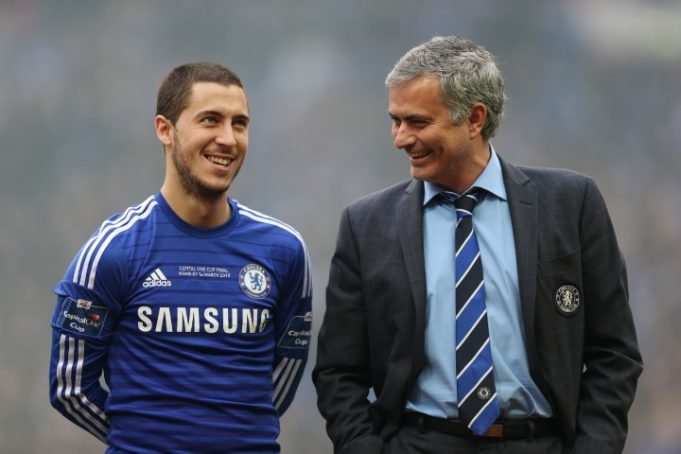 Frank Lampard aims to create a bond with the Chelsea players just like Jose Mourinho did.

The Blues boss remembers how Mourinho’s words impacted him after his arrival at Stamford Bridge. Lampard believes he was massively confident which led to the success of winning two Premier League titles under him.

“When he first came to Chelsea, he was the first manager day-to-day who made me feel very close to him, working on the mental side, giving me that confidence,” Lampard said. “You form a bond. Working with the younger players now, it’s my duty to forge that same bond with them. They’re starting their journeys, their careers, and need to look up to me and the staff. I love all the young boys here.

“They’re good lads, really good players. It’s a constant. How you are with them every day. How much you want to work with them on the training ground. How much you delve into their personal lives, and how they interact with you. That’s huge.”

Lampard was asked if it felt any different when Mourinho got appointed by Chelsea for a second time in 2013. “It felt instinctive,” Lampard said. “You’d have to ask him if it was planned. It made me feel great. Moments like that, it doesn’t need just to be best player in the world, but positive things. It was about drive, drive, drive and try and win titles. I’d try and do that with my players.”

Lampard discouraged anybody from getting too chummy with the players. “That’s the line you have to get right,” he said. “I’d love to think I do. You’ll have to ask the players. I’m not hanging about with them playing PlayStation or stuff.”