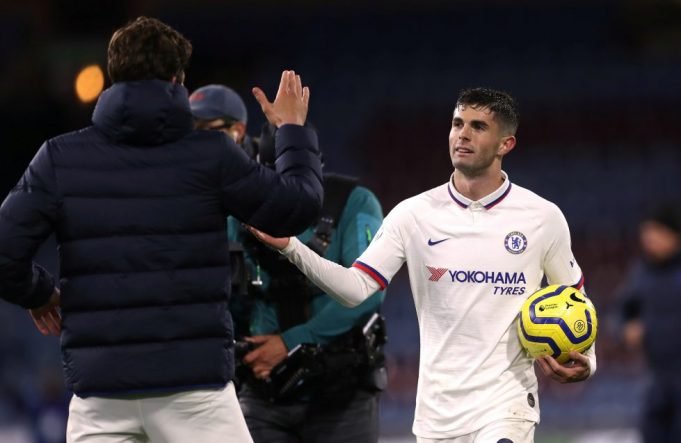 Frank Lampard uttered the same words that Chelsea fans have been murmuring since the restart – Christian Pulisic is “fantastic”.

Drawing a lot of criticism early on, the 21-year-old has come back in red hot form. He scored another brilliant goal against Crystal Palace to push Chelsea to a 3-2 victory on Tuesday night.

“I didn’t put any limits on [Christian Pulisic]. I knew the talent he had and I wanted to help him when he first got here because this is a physical league, I think the best league because of the physical nature of it,” Lampard told reporters.

“He came in and he’d had no break, so we had to be careful. I tried to manage the beginning and he came in and played great for us. Unfortunately, he had an injury, quite a bad injury. But the hunger he has, the quality that he’s showing and the end product, which is the main thing for me.

“Top players in the world in his area, attacking players, do score goals. They win games, they make a difference, they assist. And in the restart he’s been fantastic.”

Pulisic is no doubt, showing the hunger and motivation of a top player, driving into oppositon defences with no fear. His directness in attacking ability has allowed Lampard to hand him free reign on the right flank. Hopefully, the youngster’s form continues to see out Chelsea’s campaign with a Champions League spot finish.