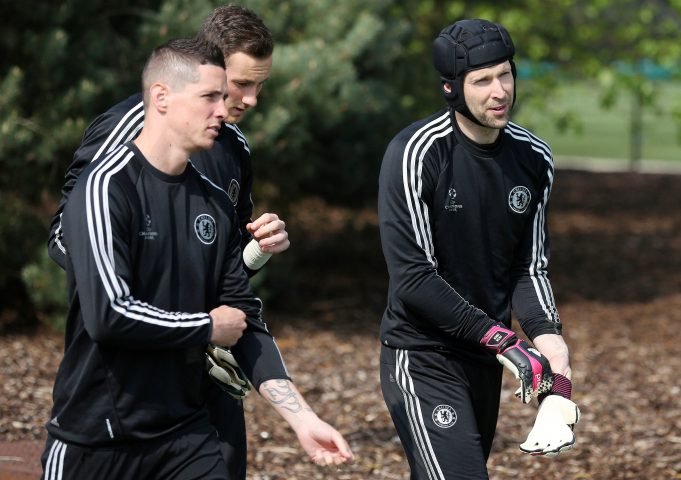 This former player speaks up about Chelsea linkups

The goalkeeper who has represented Chelsea for 11 years before leaving for Chelsea rival Arsenal in 2015 has finally spoken about his linkups with Chelsea.

Cech feels that he will have to fight for his place in the first XI of the Arsenal squad after the arrival of goalkeeper Bernd Leno.

Leno has joined Arsenal from Bayer Leverkusen after signing a five-year contract, £22.5 million and is set to take Cech place in the First XI.

Arsenal hopes that Cech will leave the club after representing them for 3 years.

Speaking with the Official Arsenal Site, the player spoke up about his future plans.

He said,”I have a contract with Arsenal, I am concentrating on this season, on the competition between the goalkeepers because we have plenty of options”

“I’m doing my best to show to the manager that I can be in the starting lineup when the season starts. That’s my aim and as for the speculation, I don’t really follow it.”

The player also spoke up about teammate Mesut Ozil’s retirement from International Football.

“I have to say Mesut has come back and is really happy to be here. He’s training really well,” Cech added.

“He’s happy to be with us and we’re happy to have him back as well because he is one of the key players in our team and we need him to be fit and ready for the season. He has been working really hard so hopefully he will be fit”

“As I said Mesut is an important player for us, we want him to perform, we want him to feel comfortable. He has the support from the team and we hope by the start of the season he will be fit and ready to perform for us.”