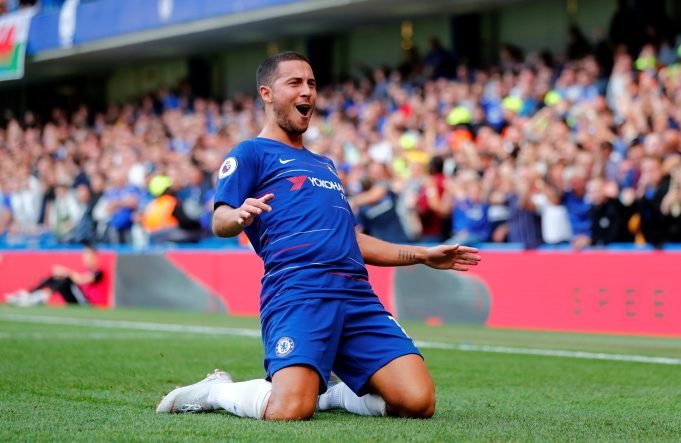 Former Chelsea striker Tony Cascarino has said that Eden Hazard is the greatest player to have ever played for Chelsea.

Following a terrific World Cup, Hazard has performed remarkably in the Premier League so far. He has netted five goals and has provided two assists in five matches. On Saturday, he scored a hat-trick against Cardiff City.

The Belgian joined Chelsea from Lille in 2012 and has played 305 matches for the club so far. He has scored 94 goals and has provided 77 assists.

Cascarino said, “Chelsea have had many exceptional players, from Peter Osgood to John Terry and Didier Drogba, but Eden Hazard is the most gifted in the club’s history.

Following the World Cup, Hazard was strongly linked to Real Madrid but eventually decided to stay at Stamford Bridge.

Regarding his links to Madrid, the former Chelsea striker said, “He has a bit of everything, the full package, and keeping him at Stamford Bridge was the best bit of business in the summer transfer window. He made no fuss about staying despite Real Madrid’s interest and has got on with the job.”

Cascarino also stated that Hazard has not received enough due for the impact he has had at Chelsea. He said, “His goal ratio is not far off Drogba’s despite not being a striker. He has won trophies and player of the year awards but he still does not receive the praise that he deserves.

Maybe because he switched off a little under José Mourinho he is not viewed as highly as he should be, but Chelsea fans should know that they are watching not only one of the best players in Europe at the moment, but the best they have had.”

Chelsea next start their Europa League campaign against PAOK on Thursday.