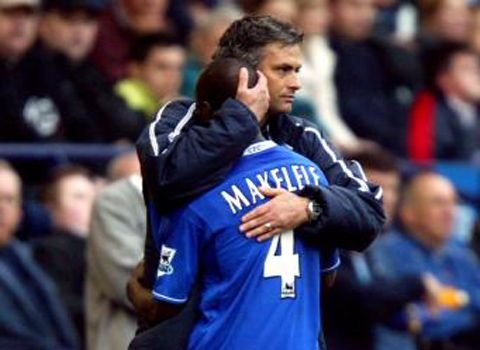 Mourinho first joined Chelsea in 2004 and Chelsea hadn’t won any silverware for four years at the time. However, Mourinho helped them to back to back Premier League titles. Chelsea also won two FA Cup and two League Cup titles and a Community Shield title under Mourinho’s first spell at Chelsea.

In his second spell at Chelsea, Mourinho helped the club to a Premier League and a League Cup title.

Makelele praised Mourinho for his impact at Chelsea. He said, “When I first arrived at Chelsea, I saw something that shocked me. There were big teams, Manchester United and Arsenal, and all the time we would play them and I’d hear, ‘It’s going to be difficult’.

What? We can’t beat Arsenal? My team-mates were insecure and that shocked me. When I saw this, I wanted to change it with my team-mates and say ‘No, this is possible’.

We did change the mentality and, after, we beat them all the time and were fighting for the Premier League. I learnt a lot with Mourinho about being a competitor, about being focused on details and the consequences of your management.

He made me understand football in a different way. Football is not just happiness. He makes you understand about society, partnerships, fans, media, every detail. And that is more important than ever in football. You need to be in control of this.”

Mourinho will return to Stamford Bridge tomorrow when Manchester United take on the Blues. He’ll hope to at least avoid a defeat as defeating the current Chelsea side at home is almost impossible.