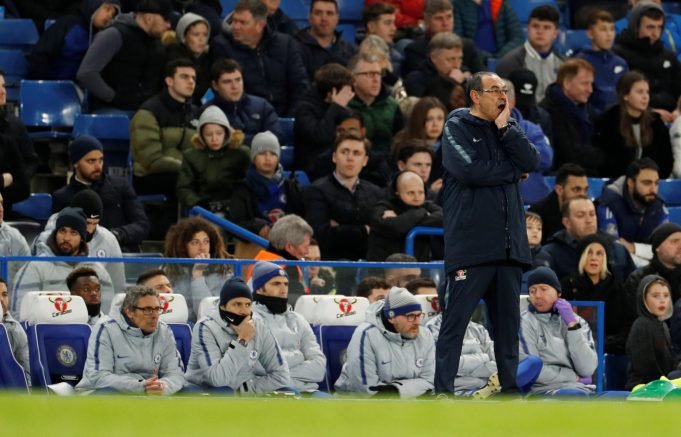 Maurizio Sarri’s job has been hanging in the balance for a while and things took a turn for the worst last night. Chelsea fans booed Sarri’s substitutions whilst joining the Manchester United fans when they were singing “you’re getting sacked in the morning”.

Sutton believes that last night’s match was Sarri’s last for Chelsea. He said,”This is Maurizio Sarri’s last game at Chelsea. The Italian job is over for them. He’s done. He’ll get the sack for numerous reasons – things he’s said, that he can’t motivate the players, his inability to be able to adapt and change. He won’t survive tonight. Well he might until 9am tomorrow.”

Chelsea next play the second leg of their Europa League round of 32 against Malmo FF. Following this, they play the Carabao Cup Final against Manchester City.