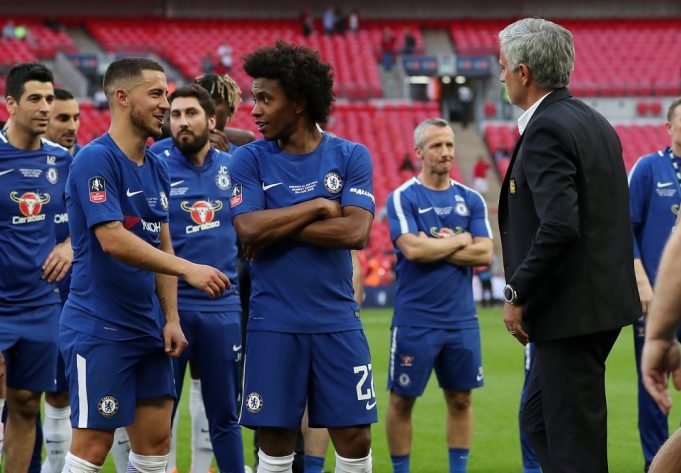 The 27 year old captained Belgium in this year’s World Cup and was inspired them to reach the semi-finals as they defeated Brazil 2-1. But they were defeated 1-0 by France and will face England on Saturday in Third place play off.

The player has been linked with a move to Real Madrid for the past couple of transfer windows and the club be again interested signing him this summer. Cristiano Ronaldo has left them earlier this month to join Juventus and a number of players have been tipped to replace him this summer which includes the winger.

Former Chelsea player Brian Laudrup claims that Hazard is poised to join the Spanish side and the deal could be as good as done.

“I’ve spoken to Eden Hazard a few days ago, he is preparing for a move to Real Madrid and it is good move both for him and for Real,” the 1992 European champion told Sportske Novosti of him, who has lit up World Cup 2018 with his skills. “Again in Russia he proved how good he is.”