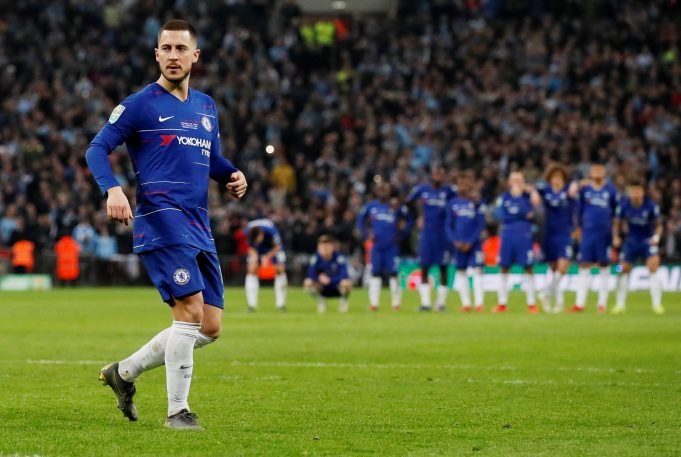 There has been a lot of speculation about Eden Hazard’s future at Chelsea for several months now. It all began in May when hazard expressed his desire to play for Real Madrid. The Belgium captain reiterated this statement during the World Cup. It looked like Hazard would join Real during the summer of 2018. However, no move materialised and Hazard stayed at Chelsea.

For a while, Hazard has repeatedly said that he is confused between staying at Chelsea and moving to Madrd. Lately, Hazard said that he has made up his mind about his future but didn’t elaborate.

Mourinho who has managed Real Madrid for a few years, has an idea of the club’s footballing style and having also managed Hazard at Chelsea, believes the 28-year old can do well at Real.

Speaking to DAZN, Mourinho said, “Eden’s ambitions… playing at Chelsea his whole life or going out to a giant like Real Madrid? I can’t tell you, because I haven’t talked to him for quite a while.

Hazard faced the heartbreak of losing last night’s Carabao Cup final against Manchester City on penalties. Hazard calmly converted his penalty with a Panenka but his teammates Jorginho and David Luiz missed their shots as City won the shootout 4-3, thus winning their 6th League Cup title.

The Blues next take on Tottenham Hotspur at Stamford Bridge on Wednesday.