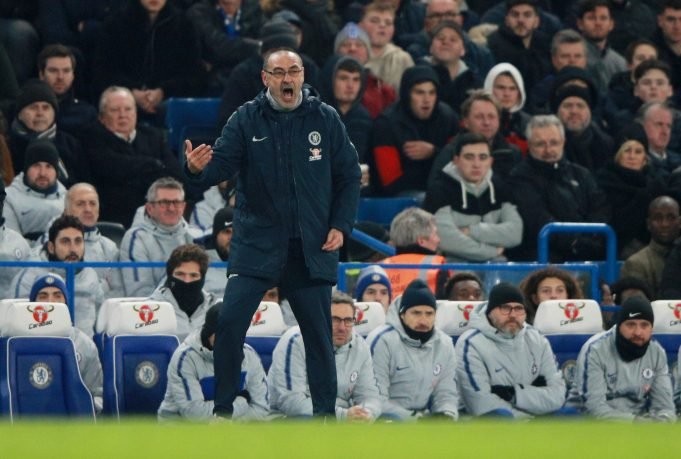 Footballer writer Tom Williams has come down hard on Chelsea manager Maurizio Sarri, claiming that the Italian should have played Olivier Giroud up front every single game to prepare his team for the arrival of Gonzalo Higuain.

Williams believes Sarri apparently knew that he was going to succeed in convincing the board to sign Higuain but he has questioned the relevance of the manager’s decision to omit Giroud and adopt a completely different system by using Hazard as a false nine.

The football writer further added that it would have been easier for Chelsea to cope with Higuain’s arrival as far as their philosophy is concerned if Sarri had prepared his team by playing Giroud up front more regularly.

Williams told the Totally Football Show: “The only strange thing I think is that Sarri is going from the Hazard false nine plan to the Higuain plan which makes me wonder what Olivier Giroud’s done wrong.

“It feels like Higuain has been the plan for a couple of months.

“If Chelsea are now going to change the way they play football because Higuain will be there, why have they not done the part solution to get everyone ready for that by playing Giroud and playing Hazard on the left?

“Even if you then upgrade Giroud at least it’s not a complete change of system in January, at least you’re ready to play that way.

“It just seems very odd way of doing it that Giroud has gone from plan B to still plan B without actually getting a chance to have Hazard bedding in to the system because it’s pretty obvious that this has been done to at least partly placate Eden Hazard who at least might have half an eye on a summer move.

“It just seems a bit strange.”