Known for his swearing and top-notch banter/ abuse of the participants on his cooking shows, Gordon Ramsay has possibly sworn a lot this season.

So it’s funny the famous Chef is a known Chelsea fan but he can’t be happy with how our current 2017/18 season is going. I kind of want him to go into the locker rooms and give them all a big kick in the backside!

The rock star known for his hit Summer of 69 among many others is an avid Chelsea fan. The singer has a home in London and is known to have attended games at Stamford Bridge. Apparently, the hit we’re gonna win is about his love for Chelsea.

One of the most Famous Chelsea Fans who support The Blues is Ed Sheeran. The English singer-songwriter  is an avid fan of the Blues. He has attended Chelsea games in the past- namely a game against Liverpool in 2013 with TV host Christine Bleakley (wife of Frank Lampard). Sheeran also proclaimed on Twitter; “After 22 years, my dad has finally converted me into a Chelsea fan”.  Good on him!

1. Bill Clinton (Former US President) Top of our Famous Chelsea fans who support The Blues list!

Top of our Top 10 Famous Chelsea Fans who support The Blues is former US President Bill Clinton. There’s not many people more powerful in the world than the United States President. So it’s quite a big deal that Clinton supported Chelsea! He reportedly used to watch Chelsea when he was attending Oxford in the 1960’s. Naming his daughter Chelsea is probably not a coincidence.

While many Chelsea fans are popular and the Stamford Bridge faithful have been termed as great supporters, few people this season have made racist chants and other disgusting habits. This has seen the club’s name besmirched but the club has been fantastic in handling the situation.

Youth Chief Determined To Make Chelsea Best In The World 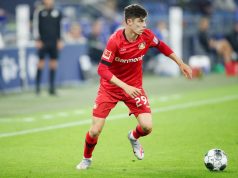 Chelsea Will Need To Pay Up For Kai Havertz – Rudi Voller

Youth Chief Determined To Make Chelsea Best In The World

Chelsea given Oblak boost ahead of new season!