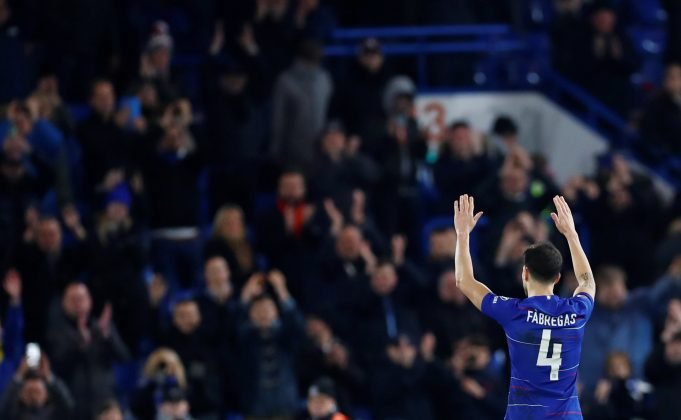 Chelsea midfielder Cesc Fabregas hinted that everyone knows that he is inching closer to an exit from Stamford Bridge. The 31-yeard old bid a tearful farewell to Chelsea fans after the club’s FA Cup fixture against Nottingham Forest. Fabregas started the match and captained Chelsea before being replaced by N’Golo Kante.

Fabregas has struggled for game time under Maurizio Sarri this season. Monaco are interested in signing him and it seems that they might rope him in.

Following Chelsea’s match against Nottingham, Fabregas said, “The occasion got the better of me. I didn’t expect all of this to happen today. I can’t say anything out of respect for Chelsea but everyone knows the situation.

Time flies. It feels like last week I started playing professionally, and now it has been over 15 years. For the young players, a little advice: enjoy every single second. You have to be ready every three days, live with criticism, with everyone saying how good you are, with up and downs, but time really does fly.”

Chelsea next play the first leg of their League Cup semi-final against Tottenham Hotspur on Tuesday.