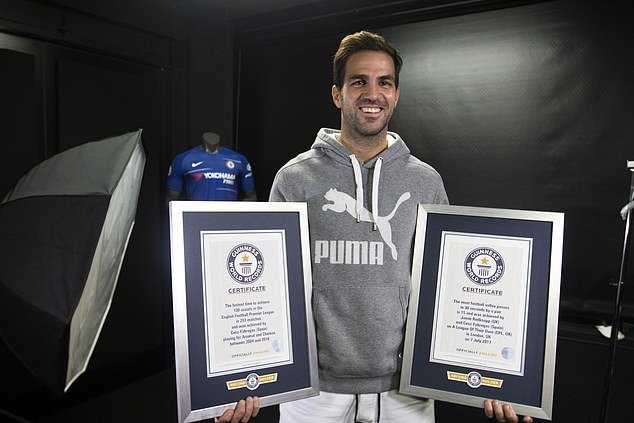 Chelsea midfielder Cesc Fabregas has a Guinness World Record to his name. The record is for being the fastest player to reach 100 Premier League assists.

Fabregas’ 100th Premier League assist came against Stoke City on New Year’s Eve 2016 when he assisted Willian. It was his second assist of the match, having previously assisted Gary Cahill who scored the opening goal of the match. Chelsea eventually won the match 4-2.

Fabregas said, “I’m not the fastest, I’m not the strongest, I’m not the most flexible, I don’t jump high. But to achieve this record in my career is one of the proudest things in my job, because it is my job and I did it well.”