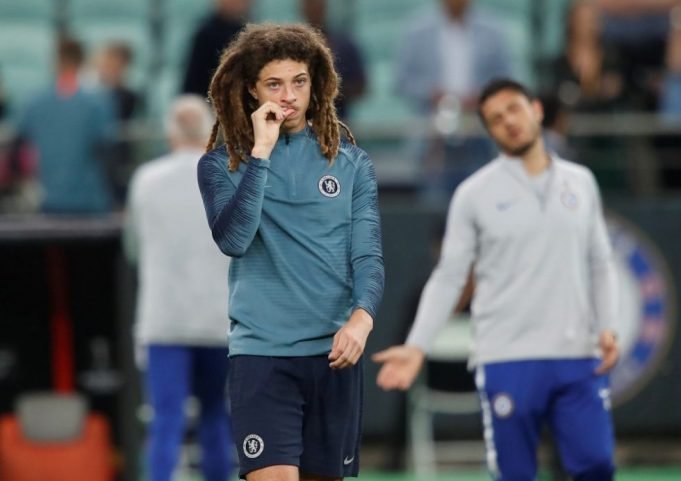 Ethan Ampadu is hedging his bets on being a Chelsea regular after frustrating loan spell with RB Leipzig.

The Welsh international has made just 7 appearances under Julian Nagelsmann and is keen on a Stamford Bridge return.

Frank Lampard’s supportive nature towards youth talents has encouraged Ampadu to try his luck back in the United Kingdom. He is a versatile defender, capable of playing in midfield and as a centre-back. Ampadu’s technical strengths does make him an interesting option to consider next season.

The 19-year-old showed us a glimpse of what he is capable of during the Champions League round of 16 clash against Tottenham Hotspur. He did not exactly boss the Leipzig backline but did quite well to collect a clean sheet for his team. However, he is bound to find it tough at the Red Bull Arena with developed stars like Dayot Upamecano, Julian Klosterman and Marcel Halstenberg.

“I’ve not played as many games as I’d have liked to but in the games, I’ve played in, I think I’ve done reasonably well,” said Ampadu. He believes he has made the necessary improvements back in Germany to force his way into Lampard’s plans. However, the tone back at West London might be different than what Ampadu might be expecting. Chelsea are plotting a deal for Lille defender, Gabriel Magalhaes putting further doubt on his future.