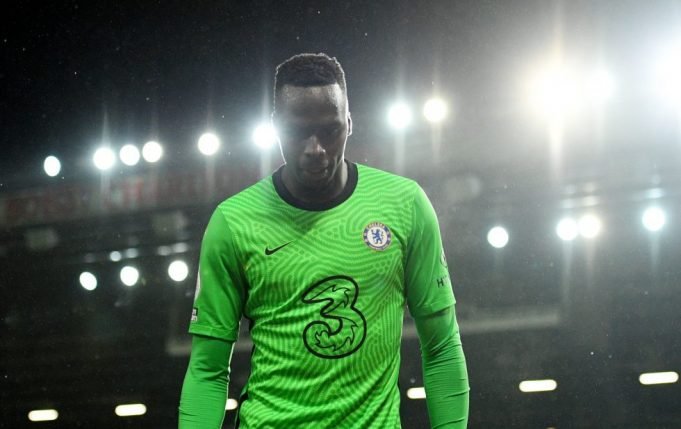 Appointment of Graham Potter has not gone in Edouard Mendy’s favour.

According to journalist Simon Phillips, Chelsea are set to ‘listen to offers’ for Edouard Mendy and it is likely the goalkeeper will seal his Stamford Bridge departure if a big-money bid is lodged during the summer.

According to the Evening Standard, the 30-year-old golakeeper turned down an initial contract offer from the Blues in September.

The report adds that he was unhappy after being offered inferior terms to team-mate Kepa Arrizabalaga. Mendy has made 104 appearances for the West London club.

Mendy’s current deal is worth £52,000-per-week. He is not due to expire until the summer of 2025, but the development has led to uncertainty over where his long-term future lies.

Also, the appointment of Graham Potter as Chelsea’s head coach has not gone in the Senegal international’s favour.

That is because Mendy has only been afforded five outings since the alteration in the Stamford Bridge dugout.

Phillips understands that Chelsea are willing to offload Mendy and, as a result, are entertaining offers.

Phillips told GIVEMESPORT: “On Chelsea’s side of things, they’re going to listen to offers for Mendy in the summer.

“Mendy has a contract that Chelsea and Mendy were expecting to speak about extending very soon, but that’s gone stale and there’s going to be no new talks at the moment.

“Mendy’s people – and Mendy as well – are also considering and looking at other options. In the summer, that is one I’d expect to happen if Chelsea can get a good fee for him.”

Having been named in Senegal’s squad for the World Cup, the tournament in Qatar would have been viewed as an ideal opportunity for Mendy to put himself in the shop window.