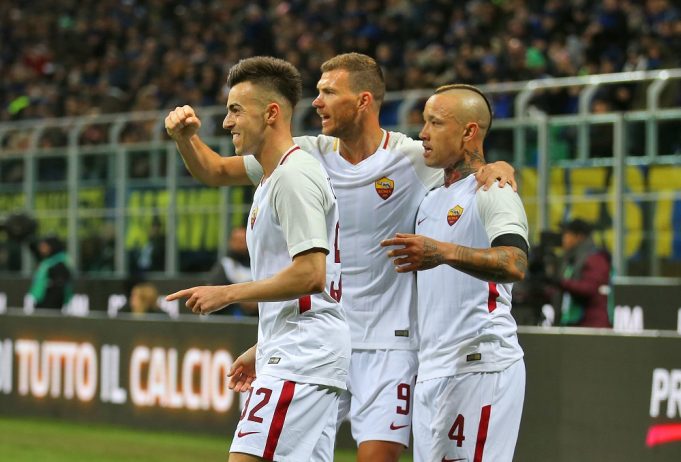 Chelsea were keen to bring a powerful frontman in order to bolster their squad in the January transfer window as Alvaro Morata was struggling with form and failed to make a big impact. The Spaniard joined them for a record transfer fee of £60 million last summer.

Antonio Conte wanted to sign Roma star Edin Dzeko and even made contacts with the club over a potential transfer. The Bosnian has previously tasted glory in England with Manchester City.

But the 32 year old opted to stay in Italy and rejected advances from the Blue’s. The club eventually signed Olivier Giroud from Arsenal after failing to land their primary target and has performed decently for the club.

The Bosnia International has regularly stated that he has no regrets by rejecting a move. The forward has revealed that nobody wanted him to join the Premier League giants in January and those who are at Roma convinced him to snub a return to the Premier League.

He told Face TV: “Chelsea is a big challenge and I know what kind of a club that is, I’ve been at Man City and I wasn’t ready to move to Chelsea.

“Nobody I spoke to wanted me to move to Chelsea so I decided to stay.

“It has been tough period, a lot of stories and information, true and false, were written, everything went through my head, I wasn’t clear or certain of anything at the time.”

Dzeko joined Roma from Manchester City on a €4 million loan with an €11 million option to buy him on a permanent deal. He has been an integral part of the team since joining them.

Former Wolfsburg ace has been one of the standout players for the Serie A giants this season, scoring 16 goals in the league.