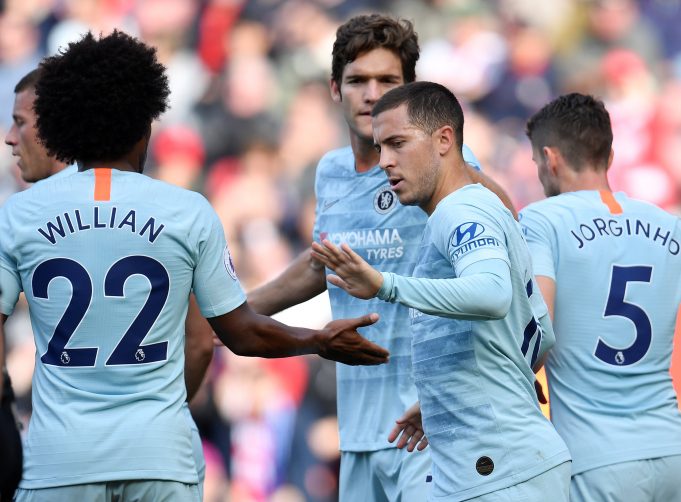 Chelsea star Eden hazard has said that it is possible he can finish his career at Stamford Bridge.

Eden Hazard’s future at Chelsea is probably the most talked about topic in the past 5-6 months. The Belgian has frequently said that he wants to move to Madrid. Chelsea managed to keep him for this season after no deal was materialised.

The club reportedly offered him a new contract that would see him earn £300,000 a week. Recent reports state that Hazard has agreed Chelsea’s offer and may sign a contract in the forthcoming weeks.

Hazard said that he could finish his career at Chelsea. The 27-year old stated, “I can finish with Chelsea. No problem at all. I am very happy with this club, with the team, my family is happy here. So If I don’t go to Spain, it is not a problem. I love the fans – I think the fans love me! What happens in the future, I will be happy, so that’s it.”

Hazard has played a significant role in Chelsea’s strong start to the season under Maurizio Sarri. He has scored 8 goals in 10 matches across all competitions. Hazard is currently the top scorer in the Premier League with 7 goals in only 8 matches.

The Belgium captain will hope to maintain his goalscoring prowess tomorrow when Chelsea take on Manchester United.

Read Also: Hazard to commit his future to Chelsea