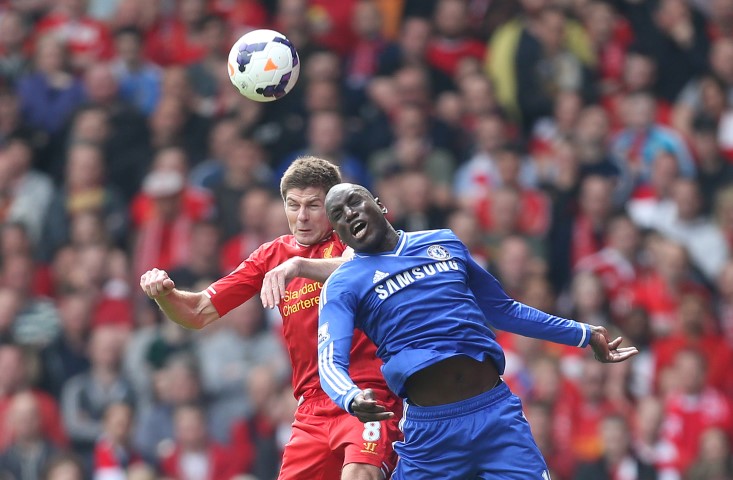 DEMBA BA : “My best friend! And not because I played with him, because I didn’t really get the chance – he was on the bench a lot and then when he started to play I was injured.”

In 2001 Ba went to Châtillon, where he played for Montrouge till 2004. After a while the representatives of Watford offered him to train with the first team. Demba spent five months with the first team of ‘The Hornets’, but soon he had to leave the club due to the appointment of a new head coach.

In July 2005 Ba was invited to the Rouen reserve team, but by the end of pre-season trainings he signed for the first team. In 2005/2006 Demba made 26 appearances and scored 22 goals, which could not be left unnoticed by Belgian side Mouscron.

Mouscron eventually offered to buy the footballer and Ba signed his first contract with the Belgian League club. During his debut match for Mouscron against Cercle Brugge in the first round of the Belgian Championship 2006/2007, Ba made an assist that helped his team to win 2-1. After that season, he moved to Germany.

On 29 August 2007, the footballer made his first appearance for 1899 Hoffenheim. Demba became the top goalscorer after netting 12 goals, which helped the club to get the promotion to the Bundesliga. Ba took part in 30 league matches and three DFB-Pokal matches.

On 28 January 2011, West Ham United signed Demba Ba till 2015. The striker took part in 12 matches of the season and contributed seven goals. However, that did not prevent the club from relegating to the Championship and as a result Ba left West Ham and became a free agent according to the terms of the contract.

In 2013 though big-spending Chelsea activated his buy-out clause and signed him for 3.5 years. However, in the summer 2014 Ba completed a move to Besiktas.

DIDIER DROGBA : “I have a lot of respect for Didier. I saw a lot of his games before I came to Chelsea and he was one of the top players. It’s a pleasure to be his team-mate now.”

Didier Drogba was born on March 11, 1978, in Abidjan, Ivory Coast. After emigrating to France at an early age, he became a star soccer player in his adopted country and later led the world-famous Chelsea club to multiple championships. An immensely popular figure in Africa, Drogba has captained the Ivory Coast national team and earned acclaim for his humanitarian efforts.

Drogba signed his first pro contract with Le Mans when he was 21, but he received his first big break after transferring to Guingamp in 2002, where he helped the club avoid relegation to the second division. He transferred to Marseille for the 2003-04 season, scoring 19 goals in 35 games to win the French Ligue 1 Player of the Year. Having reached his athletic prime, the 26-year-old was targeted by many of Europe’s top clubs, and Chelsea paid a transfer fee of roughly $36 million for his services in 2004.

Drogba’s performance was uneven in his first two seasons of Premier League play, and he drew heavy criticism for “diving,” the act of falling down after contact in hopes of drawing a foul, and for his outbursts at referees. But the powerful 6’2″ striker finally appeared comfortable in his third season, scoring 33 goals to win the Premier League Golden Boot, along with the game winners in the League Cup and FA Cup finals.

Drogba’s career with Chelsea ended in storybook fashion when he scored the winning goal in a penalty shootout against Bayern Munich in the 2012 Champions League final. Altogether, he scored 157 goals in 341 appearances with Chelsea, and helped the club to three English Premier League titles, four FA Cups and two League Cups.

Droba signed a lucrative deal with Shanghai Shenhua in June 2012, but his career in China was short-lived, as he played just 11 games with Shanghai before transferring to the Galatasaray club in Turkey.

Hazard also added: “I know I don’t have any defenders in my team, but when do you think the opponent will get the ball?

“They are not getting the ball, but even if they do then I have Thibaut there to stop them.”

Just brilliant.. what do you think of Eden Hazard’s Five a side dream team?

Do you agree with Eden Hazard’s dream team?

Reece James – We Did Not Expect Chelsea To Get This...