Eden Hazard picked five players he’d love to have in his dream team. 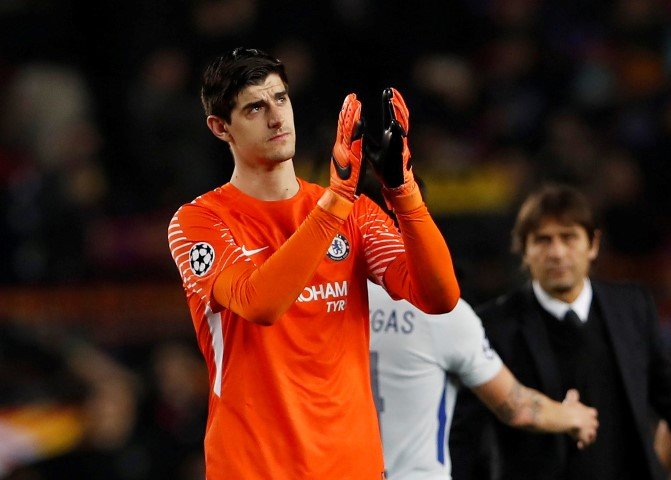 Thibaut Courtois is a Belgian goalkeeper who plays for Atlético Madrid on loan from Chelsea FC.

He gave a start to his career at a football club Bilzen V.V. in 1997 where he spent 3 years before moving to Genk. At first he played as a left defender but the goalkeeping craft appealed more to him.

When Thibaut signed for Genk in the season of 2008/09 no one expected that the footballer would make his first appearance on April 17, 2009 against Gent at the age of 16.

Two years later in the season 2010/11 Thibaut became a starter for Genk and was awarded the best goalkeeper of the Belgian championship (Pro-League) conceding 32 goals in 40 games with 14 clean sheets.

Before the beginning of the season 2011/12 Thibaut was transferred from Genk to Chelsea having signed a 5-year contract but soon he was loaned by Atlético Madrid for a year.

That was a right choice as Thibaut played for Atlético so well that the Spanish team decided to loan him for another season thus letting him play in La Liga of 2012/13 as a first-choice keeper. Curtois was one of those to conquer the UEFA Europa League Cup of the season 2011/12 and help the ‘rojiblancos’ reach their fifth position in the championship.