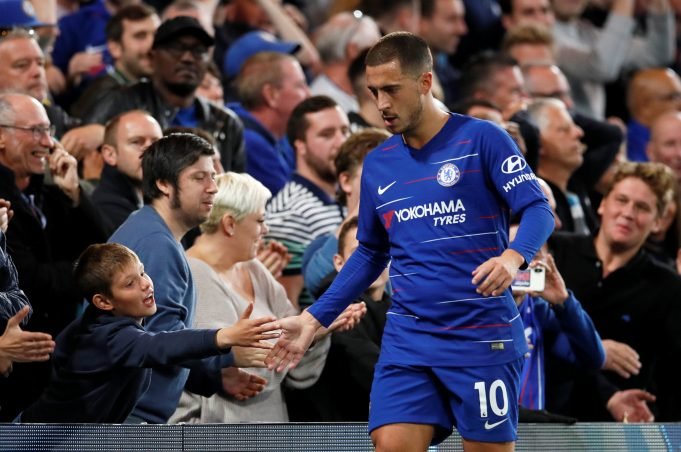 However, Chelsea managed to keep him at the club. Hazard spoke to BT Sport about his entire transfer situation at that time. He said, “I will tell you the truth. After the World Cup I wanted to leave, my dream is to play in Spain.

Then I talked with the board here and the manager and I said: ‘Okay, you don’t want me to leave. I can stay no problem.

I’m happy here, the new manager is coming, we are enjoying playing with him so to stay I think was the right decision. Now I’m with chelsea, I’ve got two years contract left, I can sign a new deal, maybe not, I don’t know.”

Hazard gave an exact 50-50 verdict on his future. He said, “Yes, for sure [possible he spends the rest of his career at Chelsea]. There is also a possibility I can leave in one or two years also.

The fans they love me, I like the club, I like the city and my teammates love me also. For me it’s easy to stay. If I leave or if I stay I will be happy.”

Eden Hazard scored his 6th Premier League goal of the season against Liverpool. However, Liverpool equalised late thanks to Daniel Sturridge.

Chelsea are currently third in the Premier League behind Manchester City and Liverpool. They next play Hungarian club MOL Vidi on Friday before resuming their Premier League campaign against Southampton next Sunday.