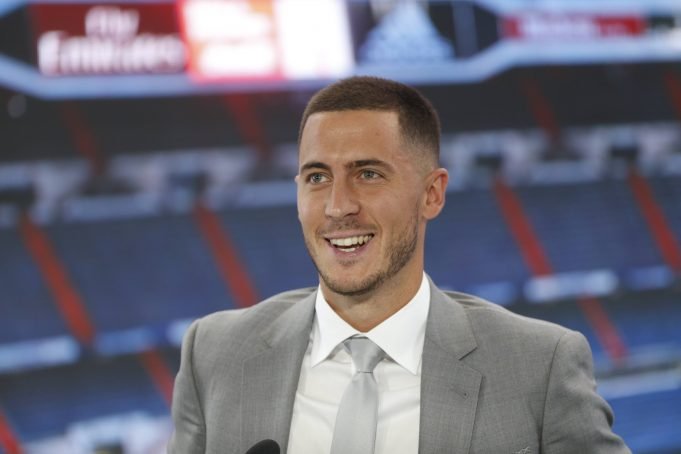 Chelsea defender, Cesar Azpilicueta revealed that Eden Hazard far more lucrative offers from other Premier League clubs but he opted for Real Madrid switch because it was his dream.

The Belgian attacker moved to the Santiago Bernabeu on a £150m transfer. However, he did get offered more money by other English outfits which he turned down.

“Honestly, the times that he had to cope with the rumours,” Azpilicueta said. “He always showed his desire not to sign for an English team, even if he could have better contracts.

“He has never been a selfish person. He always had this dream to play for Real Madrid and we will see what happens. But I think he has been very honest until the last day.”

“(I’m) Very sad. Amazing person, amazing player. He has been a very important part of our team. A very good friend of mine, very close,” the Spaniard added. “We arrived here seven years ago together from France and you know if that moment comes obviously I will be very sad.”

Azpilicueta does not hold it against Hazard for leaving Chelsea. He continued, ​”That’s why the fans they love him because he didn’t play with the club, he didn’t move for another contract. He just always gives his best. He was very clear with the club and that’s why the club is also happy with him.

“Obviously it is a big opportunity for him. He has been amazing for us and I hope he still wins trophies in Real Madrid.”