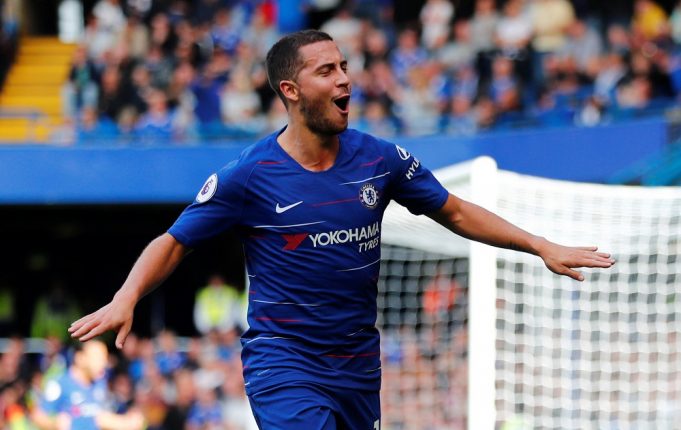 The player was impressive against Cardiff City on Saturday

Hazard was linked with a move to Real Madrid this summer after he hinted that it could be time to discover something different. However, the London Outfit managed to keep hold of him.

The Belgian has admitted he had talks over his future with Chelsea this summer but clims he is happy at Stamford Bridge and is ready to give his best for the club.

“After the World Cup I spoke, now I’m still with Chelsea.

“I just try to give everything for this club. This club gave me a lot so when I’m on the pitch I try to do my best.”

added: “I’m fresh. I took three weeks off after the World Cup. I think for me, it was enough, so we start the pre-season later.

“I’m good when I’m playing football. Sometimes I’m tired but on the pitch I try to give everything and at the moment we’re doing well so it’s a pleasure to play.