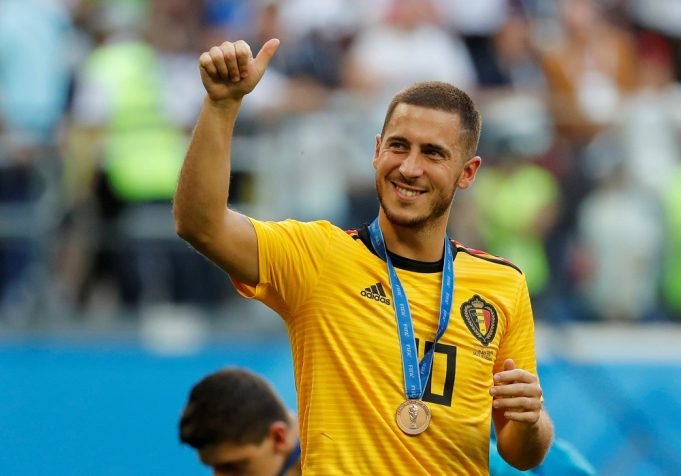 The Belgium International has been linked with a summer exit

Despite Blue’s struggle last season, the Belgian International featured regularly for them and managed to score 17 goals in all competitions. He was very influential against Manchester United in the final of the FA Cup as he scored the winner in the 1-0 win, helping the team to grab their 8th FA Cup title.

He has been linked with a move to Real Madrid in the past transfer windows and with Cristiano Ronaldo leaving them to join Juventus, the Spanish giants could make a move for him.

The English side are keen to keep hold of their star this summer but no longer have the Champions League football to use as a bargaining tool.

Hazard made new claims about his future and hinted he could join the Spanish side.

“After six wonderful years at Chelsea it might be time to discover something different,” he told Belgian outfit HLN as quoted by Express.

“Certainly after this World Cup.

“I can decide if I want to stay or go, but Chelsea will make the final decision – if they want to let me go.

“You know my preferred destination.”

“I don’t know – I spent six years in England,” he responded to questions over his future.

“In the future, you never know.

“So now I will go on holiday and we will see.”