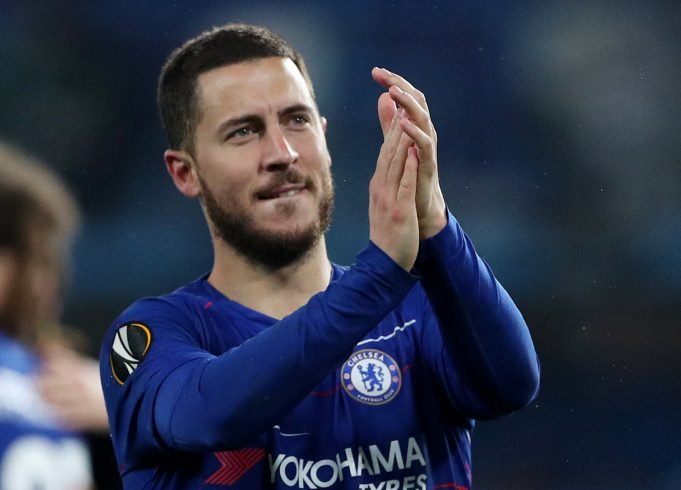 Eden Hazard sent Chelsea fans into a frenzy with his comments during the club’s end of season ceremony.

The 28-year-old star who has been their best player for some time now is about to enter the final season of his contract. Many claim that the 2018/19 campaign was his last at the Stamford Bridge and a bid of £100m would be enough to whisk him away to Real Madrid this summer.

When on the podium to be recognized for his efforts, a member from the audience shouted, “Sign the contract!” To which he replied with a grin, “Where is the pen?”

Just after Chelsea’s Europa League win over Eintracht Frankfurt on Thursday, Hazard played down questions of him leaving. “I don’t think about that. I’m only thinking about winning something for this club and this squad.

“If it’s my last game I will try to do everything for this club to win a trophy. In my mind, I don’t know yet.”

Could it be that 7 seasons in the Bridge was enough to convince him into staying or that Chelsea have confirmed Champions League football for the next campaign?