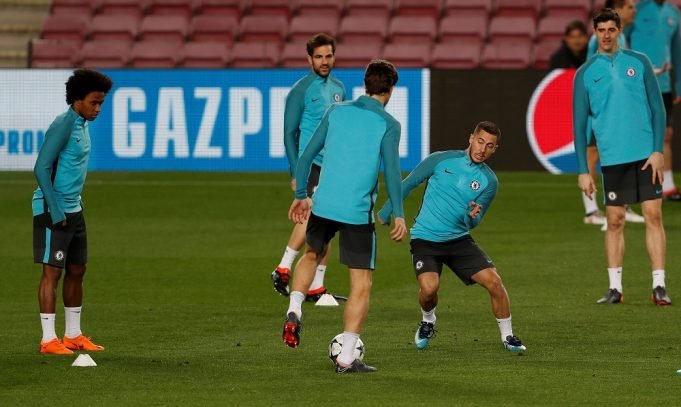 Winger claims top four fight will not influence his future

Chelsea are struggling in the Premier League this season and are still battling to finish in the top four in order to qualify for the Champions League next season. Another importance of finishing in the top 4 is to keep hold of key players.

The Blue’s could be open for summer transfer raids for their most valuable assets if they miss out on Champions League. One of the player could be Eden Hazard.

Hazard joined Chelsea from Lille in the summer of 2012 and since then he has established himself as one of the best player’s in the world. He is a very popular member of the squad and one of the fan’s favorite.

The Belgian playmaker has been heavily linked with Real Madrid and Paris Saint-Germain in recent transfer windows and Chelsea’s struggles this season have further intensified the transfer rumors.

But the 27 year old has offered hope to the Premier League giants by by claiming that top four fight will not affect his decision and he has no desire to leave the club this summer.

Quizzed again on his future by SFR Sport in the wake of a vital 1-0 victory over Liverpool, the Belgium international said:  “I hope [the fans] don’t want to see me leave.

“Things can move, or they may not move. We’ll see.

“The public adore me, I love my teammates, my family are good here.”

Hazard added on an ongoing top-four battle which is set to go down to the final day of the season: “Of course I want to play in the Champions League, but it isn’t a priority.”

Hazard has scored 16 goals in all competitions under Antonio Conte this season and is contracted with the club until 2020.