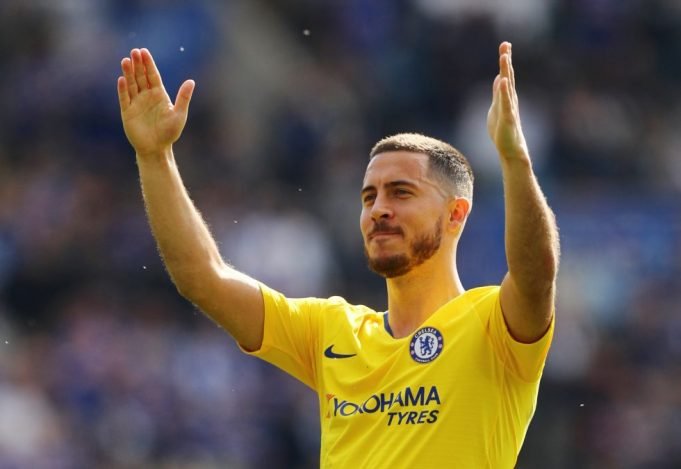 Hazard admitted that he will be staying in Madrid until the end of the season.

Real Madrid winger Eden Hazard has dismissed all the rumors about his return to Stamford Bridge. He also denied the fact that Chelsea have never tried to re-sign him since leaving the club in 2019.

The Spanish giants invested £105million to sign the Belgian international from Chelsea despite the fact he only had a year left on his contract.

Los Blancos obviously had no worries over the Belgian’s ability to perform in Spain, but it has been a very difficult spell for the player. His time in Spain has been greatly hindered by injuries and when fit, Hazard has struggled to perform.

Manager Carlo Ancelotti is putting Rodrygo first before Eden Hazard., with Karim Benzema and Vinicius Junior’s spot in the starting XI not up for debate.

The former Chelsea man is not getting regular games and he is struggling. He has often been linked with a move back to the Premier League.

Chelsea, Arsenal, Newcastle United, and Aston Villa have all been linked with the Belgium skipper over the last two years.

The 31-year-old is currently with his Belgium teammates ahead of the 2022 World Cup in Qatar. Hazard has seven goals in 72 matches for Madrid and he has played more than 100 games for his nation.

Following Unai Emery’s appointment as Aston Villa head coach, there have been rumours that the Midlands club are interested in signing Hazard.

Hazard said he will be staying at Madrid until the end of the season, but in the summer, anything is possible.

“In January it is impossible, because I have family and I like the city,” he said.

“But in summer it is possible that I go. I have one more year on my contract and it’s the club’s decision.

“If the club tells me, ‘Eden, thanks for four years but you have to go’, I have to accept it because it’s normal.

“But I would like to play more, show more that I can play, that I am a good player.”

Hazard has come under scrutiny for looking out of shape in recent seasons.

He has hit back at that criticism, saying: “But that has always happened.

“All seasons are the same with me – during the season I have to work and play football, but when I have three weeks to rest, I rest, and I’m not going to change.

“This story was four years ago, although it was reality, but then I did an incredible two months before the injury. Then I haven’t had any luck due to the confinement and many things, like many injuries in the second year.

“But during ten years at Chelsea I played 500 games without injuries or anything, and then in two years all these injuries. It’s something I can’t explain.”