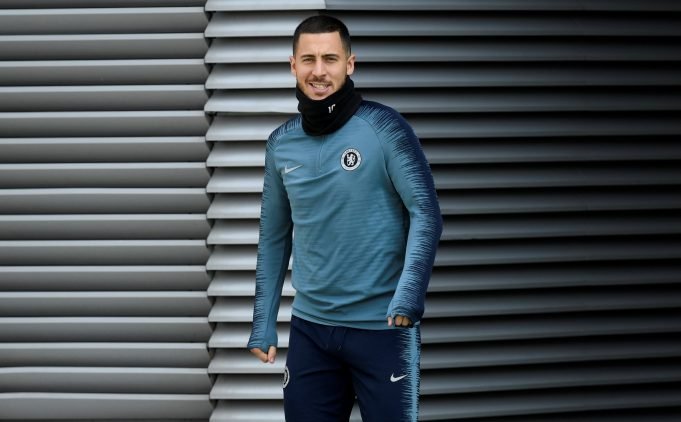 According to The Telegraph, Chelsea will not be able to convince Eden Hazard to stay for long even if they do not sell him this summer.

The Belgian reportedly has made up his mind about leaving and will only refuse to sign an extension if he is forced to stay at the Stamford Bridge for another season.

His future with the Blues might be coming to an end with Real Madrid readying up a sizeable offer. Zinedine Zidane is expected to revamp the Galacticos lineup with marquee signings such as Hazard’s.

The Los Blancos boss has already signed Eder Militao and has been promised a treasure chest to make the necessary additions. Chelsea has very little control on the player’s future.

If they do decide to keep him till the summer of 2020, they risk losing him for absolutely nothing. Even if Madrid lose interest by then, a local rival would surely snap him right up which could be even more damaging.

Hazard has continued to see out the 2018/19 campaign in splendid form, scoring 19 goals and laying out 12 assists in 42 appearances. He could be a prime addition into this current Madrid squad, especially with Tottenham Hotspur’s Christian Eriksen make the switch with him to the Bernabeu.