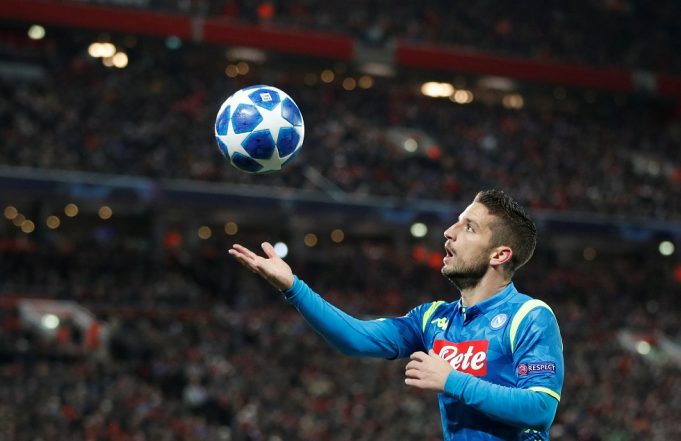 Chelsea are being ignored by Dries Mertens because Inter Milan currently have more “power” over them.

Frank Lampard was thought to be chasing the Napoli forward, who’s contract is due to run out this summer.

Bringing him in on a free deal would be beneficial to Chelsea, given how they are looking for more scoring threat upfront. Mertens is the perfect combination of versatility and experience. He can play anywhere in the final third, even as a second striker and guarantee a decent return of goals.

His wages would also be much more affordable than Edinson Cavani’s – a PSG forward who is in a similar boat as Mertens and looking for his next club. A move for the Uruguayan was reportedly disrupted due to his mammoth wage demands last January. Any other replacement could not be arranged in time and Lampard settled on having to do with Giroud as his backup striker.

Now, with the Frenchman tipped to depart in a couple of months, Mertens is Chelsea’s next best option. Unfortunately, Chelsea’s current state is not enough to convince the Belgian international. He is currently torn on switching sides within Italy, fully aware that a switch to Inter will damage his relationship with the Napoli fans.

If he chooses with his heart, he will end up at Stamford Bridge next season and if he were to take on a more lucrative approach, Inter is his best bet. After all, an Antonio Conte-led Nerazzurri side are title contenders this season and are more likely to challenge for more silverware next season onwards.

READ MORE: Chelsea striker targets for the summer of 2020