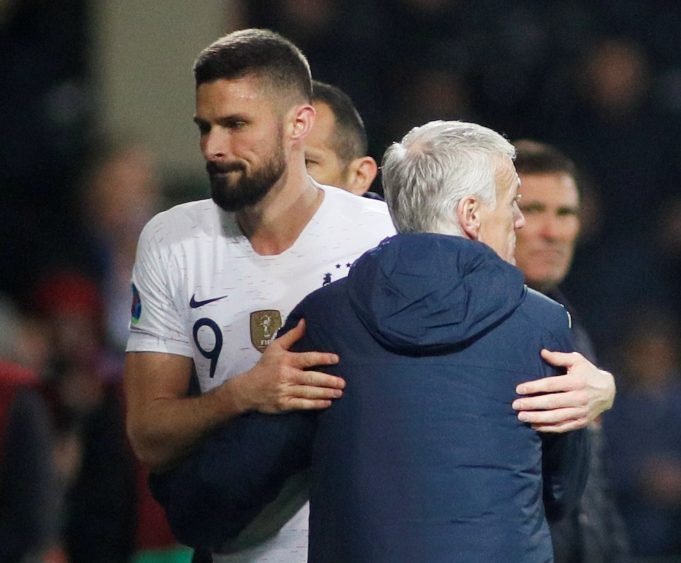 The French international has started just six games so far as Maurizio Sarri doesn’t seem to prefer him in the Premier League. However, Giroud has been in red hot form in the Europa League netting nine goals in nine matches.

The centre forward didn’t score a single goal in France’s triumphant World Cup campaign last year but was heavily involved as he played each and every match in the competition.

The former Arsenal forward has been linked with a number of clubs and recently admitted he needs to have regular game time otherwise he would be forced to seek a move elsewhere in the summer.

The French manager said, “Giroud is there, he scores goals. He does so too with his club.

“He’d like to play more and when he plays in the Europa League, he also scores goals. In a match like tonight’s, against a low-ranked opponent, his presence as a pivot is very useful.

“He’s quite complementary with the other players because of his role that is different and this allows our team to have a varied offensive play.”