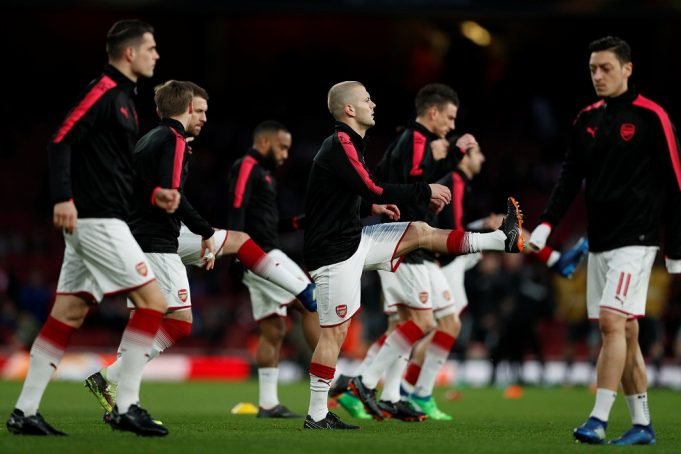 Jack Wilshere is likely to see out his remaining contract with Arsenal, expiring at the end of the season. The negotiations between the club and player seems to reach a dead end and the 26 year old could leave on a free transfer.

Former Chelsea midfielder Dennis Wise thinks that Wilshere would represent an excellent signing for the Blues this summer and would be an ideal partner for N’Golo Kante in the midfield.

Chelsea are expected to add reinforcements in the midfield in the summer transfer window and are already linked heavily with Jean Michael-Seri.

“If Chelsea needed a midfield player I would definitely take Jack Wilshere,” he told Sky Sports.

“He’s free, he’s 26 years old and he’s proved he’s come back to full fitness. You see the money they’ve paid for Danny Drinkwater and Tiemoue Bakayoko and I think he’s better than them.

“I’d sit him alongside N’Golo Kante and I’d play him.

“I’m sure Arsenal fans wouldn’t like me saying this, but he’s for nothing if he’s walking away. Go and have a go at him. Go and take him.”

Despite repeated physical problems, which have restricted Wilshere to only 19 Premier League appearances this season, Wise remains unmoved.

“His injury record is what it is. Someone could get injured tomorrow, so that doesn’t matter. He has proved he has come back to get away from these injuries,” he said.

“Everyone was writing him off 18 months ago, but he has shut them all up.

“His timing is spot on. His agent must think they are in a really comfortable position.”