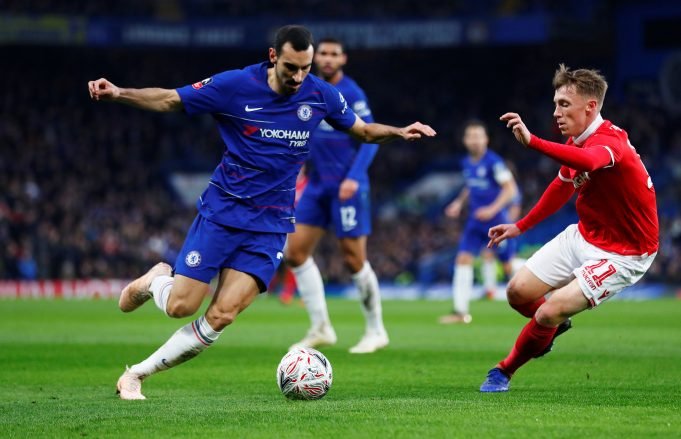 Chelsea right-back Davide Zappacosta has been touted too expensive for his suitors Lazio, who are looking to bring the player into their side this January. The Italian ace had arrived from Torino last season but has remained at the West London club as a backup option to captain and defensive ace Cesar Azpilicueta.

As per Italian media outlet La Lazio Siamo Noi, as cited by Sportsmole, the player has been priced at £15.5 million by the Blues, who are looking to get the most out of the Italian, who has completely fallen down the pecking order under new manager Maurizio Sarri. The player has seen opportunities dry up this season and is looking to make a move out of Stamford Bridge at the earliest.

Sarri has refrained from using the player in the cup ties as well and has kept his full faith on Azpilicueta so far this season. Though Zappacosta came into the side as a backup for the Spaniard under former manager Antonio Conte, a combined outing of 18 minutes off the bench so far this season has reportedly made him look for a new club to ply his trade for.

However, Lazio reportedly have touted the recommended price for the player as too high and has cooled their interest in him for the time being.