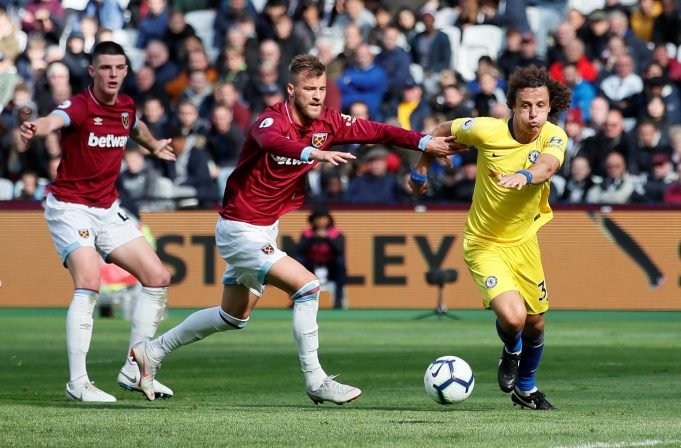 David Luiz told Chelsea’s official website, “Of course, we are disappointed. We didn’t play a fantastic game, we didn’t create a lot.

It was too slow, moving the ball to create the gaps or our movements without the ball, and that is why we couldn’t score. I think our plan is fantastic. On Sunday we didn’t play at our high level so that is why we didn’t win.

We know that many teams now are going to play against us this way, with a low block and trying to play on the counter-attack, so there was not a lot of space, but it is up to us to try to find a solution. The best games are games like that.”

Chelsea are currently third in the Premier League table below Liverpool and Manchester City. Chelsea take on Liverpool twice this week. Both teams play a Carabao Cup match at Anfield on Wednesday before locking horns at Stamford Bridge on Saturday.

Liverpool maintained their 100% record this season by beating Southampton 3-0.

Ahead of the Liverpool games, Luiz said, “We are going to play against a fantastic team, so we need to rest and be ready for both games.”

Earlier, Maurizio Sarri said that Chelsea will need a year to be at the same level as Liverpool. Nevertheless, both matches this week promise to be exciting.