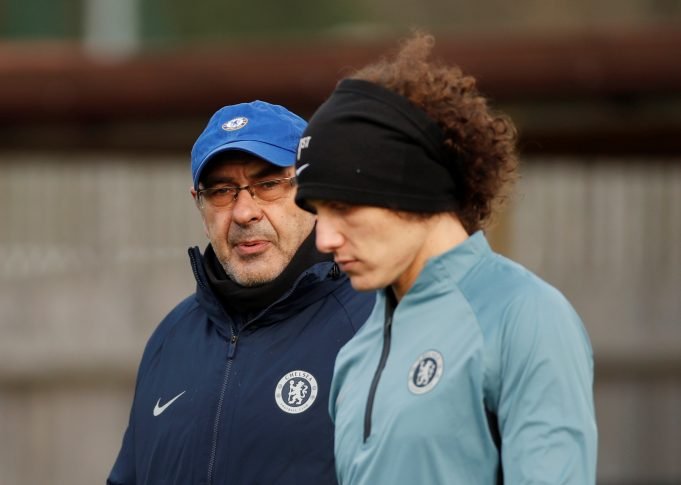 Chelsea defender David Luiz has insisted that the players are behind their manager Maurizio Sarri in the tough time that the club has been enduring for some time now. The Blues got beaten by big margins twice in their last three outings in the Premier League, by 4-0 against Bournemouth and by 6-0 against Manchester City, which has eventually brought the Italian manager under fire at Stamford Bridge.

Speaking to the media, Luiz revealed that Sarri has asked the players about whether they believe in what he has been looking to implement at the Bridge. He said, “Yes, because we have had many meetings already asking if someone doesn’t believe, they can say. Nobody said anything. It’s because everyone believes [in it].”

The Brazilian added, “I think it is part of the process. We are doing what he wants us to do and we are trying to improve. We lost against maybe the best team in the world at the moment in Manchester City. They were better than us from the beginning to the end. We lost a few matches because it is part of the process. The teams that are at the top of the table now are ones with managers who have been there for more than three years.”

Luiz concluded, “The most important thing is for us to keep our philosophy, to believe in what we are doing. We did that tonight (against Malmo), we were trying to play from the beginning to the end. [We have] An amazing future [under Sarri].”