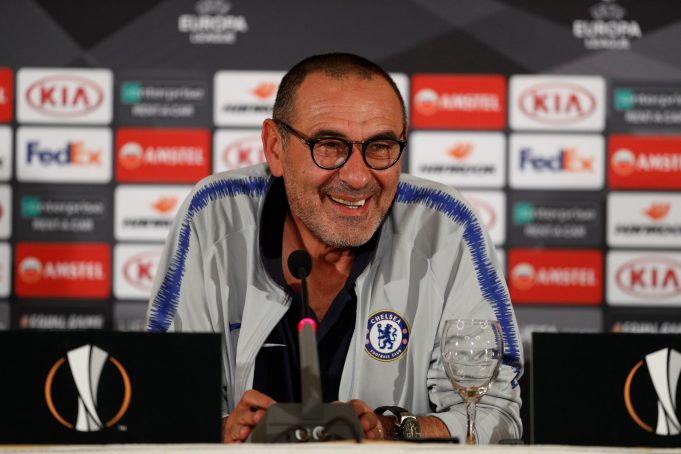 Former Liverpool player Craig Bellamy believes that Maurizio Sarri won’t last more than a season or two at Chelsea. Sarri joined Chelsea a day after the sacking of Antonio Conte.

His spell at Chelsea began with a 2-0 defeat to Manchester City in the Community Shield. However, Chelsea began the Premier League strongly and have won all of their five matches so far.

The Blues are currently at the top of the Premier League table above Liverpool on goal-difference.

Despite Sarri’s good start as Chelsea manager, Bellamy does not believe that the Italian will stay at Chelsea for long because of Chelsea’s history of frequent managerial changes.

It’s been nearly five decades since Chelsea had a manager who stayed at the club for more than five years. Sarri is Chelsea’s 9th manager of the present decade.

While talking about Chelsea’s Premier League chances, Bellamy said, “If it was another club out there, I’d probably say it would take time but with Chelsea it doesn’t – they’re used to this.

Conte came in and won the league, Sarri will last another year or two years and someone else will come in and they’ll take charge and go and win the league again. This club is just what it’s designed to do. It’s a completely different club to anyone else.”

Chelsea begin their Europa League campaign today against Greek club PAOK at Thessaloniki. They will be without Eden Hazard, David Luiz and Mateo Kovacic for the game.

Maurizio Sarri has taken the decision to rest Hazard and Luiz while Mateo Kovacic has a minor injury.