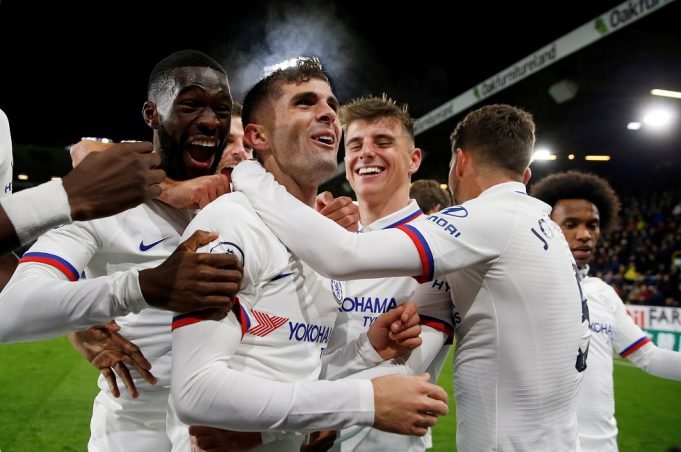 Marcos Alonso defender Christian Pulisic’s performances in his debut campaign with Chelsea despite heavy criticism from fans and the media.

Admittedly he has faced a tough time, dropping in and out of the Blues lineup under Frank Lampard. Pulisic did score 5 goals before an adductor injury pulled him into the sidelines for months at end.

Alonso initially had doubts over Pulisic, who Chelsea signed for £58m in January last year. The USA international was bound to face physical challenges in the Premier League but he very quickly overcame them with his quick feet and intelligent runs.

“I think he has great potential. I think in the pre-season, he showed in a couple of games the things he is capable of, he looks like a great prospect,” Alonso told Fox Sports. “He has quality, he has speed. I thought he was going to struggle a bit with the physicality of the Premier League but he has done great.

“He has missed a little bit of continuity to show even more and to keep improving but I think he is going to be a great player for Chelsea. Hopefully, with this time off, he can come back stronger from the injury he had.”

Pulisic has recovered from the “freak injury” and could feature for the Blues once the playing schedule resumes.