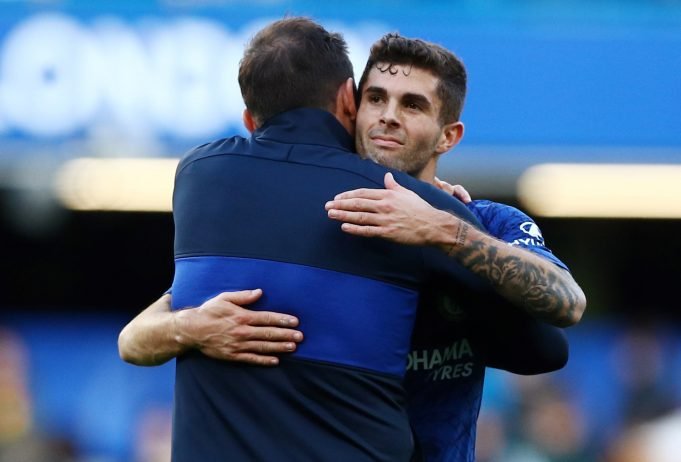 Christian Pulisic has reflected on just how hard his first season at Chelsea has been.

First, he came into criticism for not adapting to the Premier League and then scored 5 goals in a stretch of 3 games. The 21-year-old seemed to have tied down his spot in the first team when injury hit him on New Year’s Day.

His recovery process was met with several setbacks but Pulisic claims to be fully fit now and raging to get back to action. The USA international told Chelsea’s official website, “It was really tough with this most recent one. I think that a lot of people didn’t realise how serious it was. It was a really freak injury in how it happened. It happened in training out of nothing really and it put me out a while.

“But I’m feeling good now, I’ve been training a lot and I’m just really excited to get back out on the field. It feels like it’s been a long time without football for everyone at the moment, but certainly for me because I had the injury on top of everything that’s going on now.”

Pulisic has scored 6 goals and 3 assists in his first season with the Blues. He might have more competition in the first team next season, now that Hakim Ziyech is set to come in from Ajax.