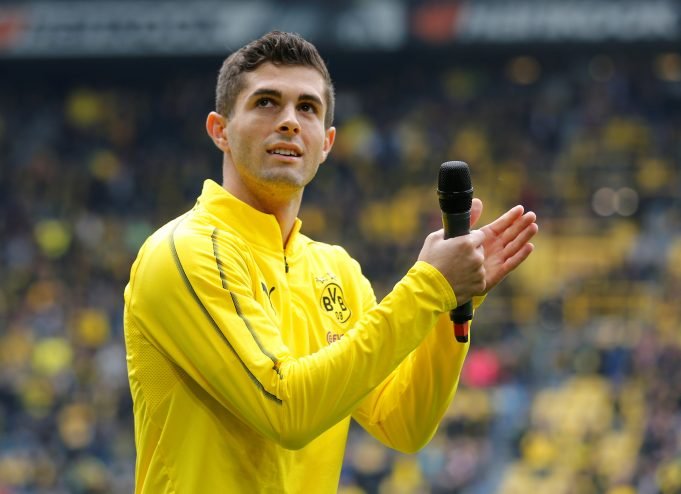 Chelsea’s latest signing, Christian Pulisic insists that he has no plans to replace Eden Hazard at the club.

The winger was signed from Borussia Dortmund in January 2019 for £58m. With Hazard edging closer to the Stamford Bridge exit door, it was the natural consensus that the 20-year-old would fill up the vacant spot on the left flank.

However, expectations on Pulisic is far greater than that of a simple replacement. He is highly regarded across Europe as one of the best attacking prospects and also as the best player in his home country, the United States of America.

“Eden’s a fantastic player, we all know that. If I can get anywhere close to him, I’ll be more than happy,” Pulisic said. “But I’m coming in to be my own player. I expect a lot from myself, for me that’s enough.

“Obviously there’s pressure from outside – that’s to be expected. I want to be successful, be part of this team and make an impact. They are my goals and to become the best player I can be.”

“I want to try to prove to people that Americans can do it. I just want to make a name and represent my country, definitely. So that we gain even more respect,” the youngster added.

“I think at the beginning they think: ‘Who is this American trying to take my spot?’ You want to prove to them that you are good enough.”