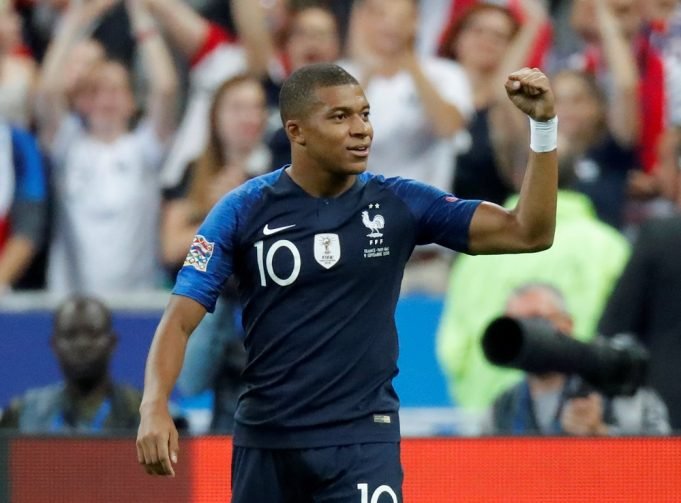 The player impressed during a trial at Cobham in 2012

Kylian Mbappe burst onto the scene for Monaco during the 2016-2017 season and helped them to win Ligue 1. His outstanding form caught attention of PSG and took him on an initial loan deal last summer that included the option for a €180 million deal, which was made permanent this summer.

The France International was very crucial for the Ligue 1 giants domestic dominance last term, scoring 21 goals in all competitions and helping them to win the domestic treble.

The 19 year old got a place in the France World Cup squad this summer and was one of the standout players in the tournament. He helped the Les Bleus to lift the trophy after 20 years and even scored in the finals against Croatia.

Before the deal was made permanent by the Ligue 1 champions, he was heavily linked with a move to Real Madrid. However, he could have been with Chelsea now though they passed up the chance to sign him back in 2012.

Blues former scout Serge Daniel Boga brought him to the club’s Cobham training centre and he impressed during the trial. He revealed that the club upset forward’s mother by asking for second trial and then they passed the opportunity to sign him.

Boga told Goal: “Chelsea were the first ones to give him a trial. We did it before Real Madrid. I had a friend who worked for Nike, Denis Chantron, and when I was in France, we met and he said ‘Have you heard of this young boy called Mbappe? He plays for Bondy, this small club from the suburbs of Paris.’

“I said I hadn’t and he said ‘You have to watch him.’ I went there and watched him and I called him back straight away and I said ‘Listen, this boy is really something.’

“I told Chelsea about him and let them do their thing. I called everyone at Chelsea whom I dealt with, like Jim Fraser. I said ‘Listen, I have this kid you have to look at.

“I brought him over with his family. He was skilful, like he is now. He played against Charlton and won 7-0.

“After a week at Chelsea, we went into the office. We said ‘Listen, we appreciate what we saw from you but we have to invite you back for another trial and we’ll see after that.

“I remember what the mother said to this day. She spoke in French to Fraser and I was translating. She said to me, ‘Listen, my boy won’t be coming back. If they want him they have to take him now or in five year’s time they will be coming back to buy him for €50 million!’

“Chelsea wanted to see him again to see how he could improve on this. I think that’s why they asked him back. He did skilful things and dribbled well. So, maybe the things they wanted to see in the second trial was improved work on the defensive side.

“They should have signed him. To be fair, though, it is easy to say that now. But, at the time, Chelsea had a good squad.”