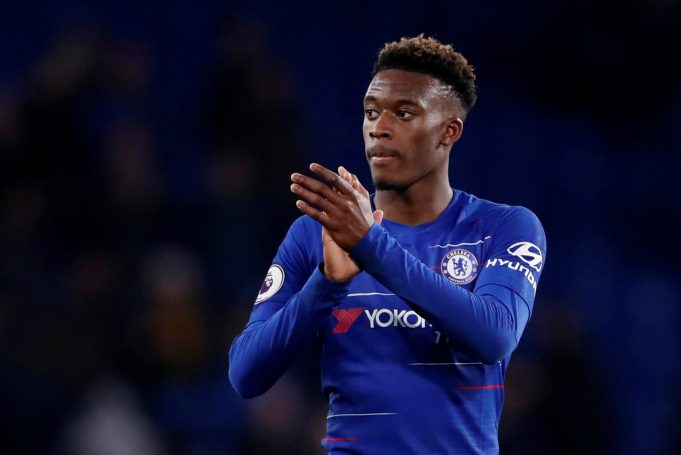 Callum Hudson-Odoi has Chelsea fans excited with his most recent injury update.

The Blues winger posted a video of him training on his social media account with the message – “Recovery is going well, I hope to be soon be back on the pitch, let’s go!!”

This is huge since it has only been 2 months since the youngster ruptured his Achilles tendon. Hudson-Odoi was on a promising run with the Chelsea first team when he fell to an unfortunate incident in the 2-2 draw against West Ham United in Apri.

Earlier reports claimed that he would be back by August or September but the England international is hoping to get back even sooner. The video of him partaking in recovery exercises is a positive sign.

Chelsea have been hit with a massive blow this summer as they are banned from signing any players. Bringing in new faces to replace Eden Hazard would have been ideal but having the talented 18-year-old back in the squad is not too bad.

The Blues have already made provisions with the signing of Christian Pulisic. Callum Hudson-Odoi has also shown the pedigree to succeed into Hazard’s spot. The sooner he gets back to fitness the better the chances of Chelsea hitting their best stride next season.