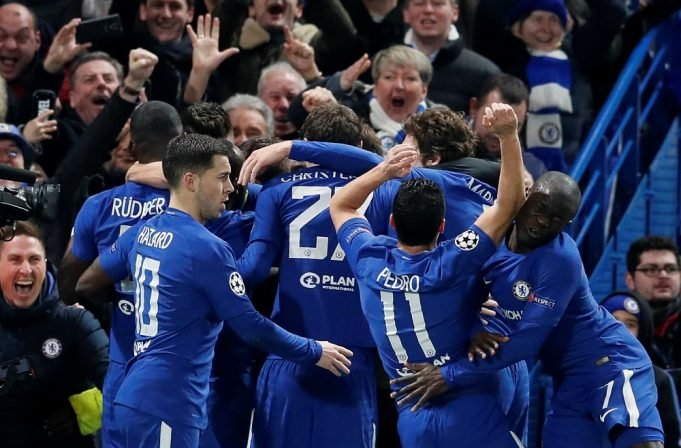 Both the players have been heavily linked with a summer exit

Antonio Conte has been tipped to leave the despite his contract expiring next summer. Former Napoli manager Maurizio Sarri reportedly will replace him as the new manager.

But few of their key players have also been linked with a summer exit. Eden Hazard and Willian are among the top names whose futures are uncertain ahead of the new season.

The Belgium International is considered one of the best players in the world and has developed himself as one the Blues undisputed star. He is very popular among his team mates who rates him very highly.

But the 27 year old has been linked with European giants like Real Madrid and PSG in the past transfer windows. He has also been linked a with a move away this summer and the English side no longer have the Champions League as a bargaining tool.

The Brazil International has been one of the most constant players for the Premier League giants in the last three seasons. The player got limited chances under Conte last term but yet he was one of their stand out players.

The 29 year old has been heavily linked with a move to Manchester United and Barcelona in the recent weeks.

Former Chelsea defender Wayne Bridge if the club parts with the duo this summer then they would have to face a massive rebuilding job.

He told the Daily Star: “The two players I wouldn’t let go is Willian and Eden Hazard.

“Those two are brilliant and how Willian didn’t play more games is beyond me.

“If he goes and Hazard does, Chelsea would need to buy a whole new squad.

“You’d need to replace them with world-class stars and that will cost a lot of money.”

Bridge added: “I don’t know what’s going through his head. Real Madrid is a massive club.

“But I think Chelsea will be doing all they can to keep hold of him.

“It’s a case of weighing up the options for Chelsea.

“If he really wants to go are you going to keep a player who doesn’t want to be there?”