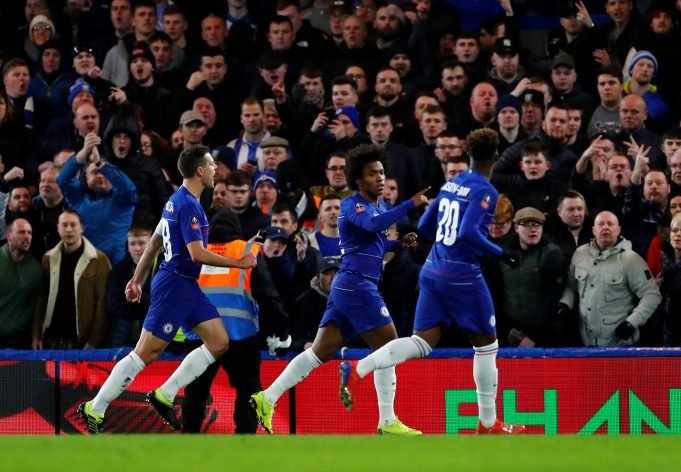 Chelsea winger Willian believes that Callum Hudson-Odoi will stay at Chelsea and become one of the best players in the world.

Bayern Munich have been the interested party in the 18-year-old, making four bids until now. The last one of those has even prompted the player to hand in the transfer request to the Blues.

However, Willian, speaking to Sky Sports, is adamant that the winger’s future will be at Chelsea despite his frustration of not playing first-team football regularly.

The Brazilian said: “He’s going nowhere – he’s a special talent, a very good player and is staying with us.

“Of course he is only 18 but he can improve a lot and in the future can become one of the best players in the world.

“It’s difficult not to think about Bayern Munich because they are a great team as well but for me, his future is here.

“He has to stay because he knows the club, and I am sure he will play more.”

Chelsea are alive in all the four competitions thus far. They have a Carabao Cup final against Manchester City, while Manchester United come calling in the fifth round of the FA Cup.

The Europa League campaign will resume next month, and their next league game is away at Bournemouth on Wednesday night.