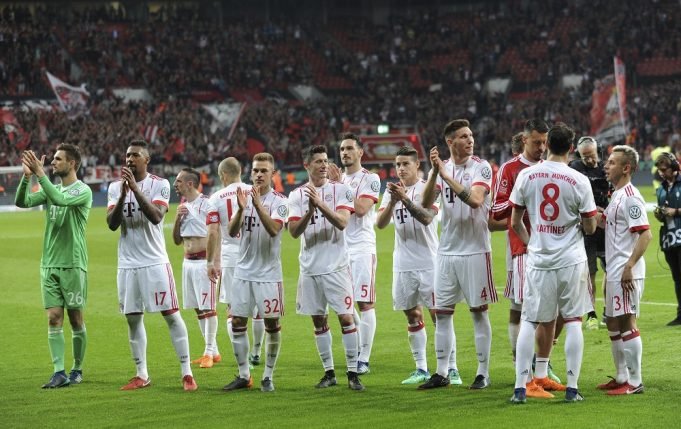 The Blues are struggling to convince Bayern Munich to sell him

The Blues ended the campaign on a bright note after defeating Manchester United in the FA Cup final but the club would like to add reinforcements in key areas in order to strengthen the squad for next season. One of the club’s priorities is to bolster their front-line as Alvaro Morata has been heavily linked with a summer exit.

The Premier League giants signed the Spaniard from Real Madrid for a record transfer fee of £60 million last summer, to fill the sizable boots of Diego Costa who left them to join his former club Atletico Madrid.

Despite a positive start in England, the 25 year old struggled to find his feet for the club and managed to score only 15 goals 47 appearances in all competitions. He even missed out a place in the Spain World Cup squad due to his underwhelming campaign.

He has been linked with a return to Juventus in addition to AC Milan and Inter Milan also showing interest in the Spain International.

Their other striker option Michy Batshuayi has also been linked with a move to Borussia Dortmund this summer and he will consider his options after the World Cup.

Chelsea wants to sign Bayern Munich striker Robert Lewandowski. He has been a long term interest of the club and even tried to sign him last season but a move deemed too difficult.

Since joining the Bundesliga giants in 2014, the 29 year has been outstanding for the team and established himself as one of the most lethal strikers in the world. He managed to score 40 goals in all competitions for the club last season.

The Poland International though wants a move out from the club and has been heavily linked with a summer exit. He is keen on a move to either Spain or England.

The English side are ready to raise funds by selling few players in the transfer window in order to land the former Borussia Dortmund star.

But Chelsea face a struggle to convince Bayern Munich to sell Lewandowski reports Goal. The Bavarians ruling out a sale and holding him to a lucrative contract that is signed until 2021.