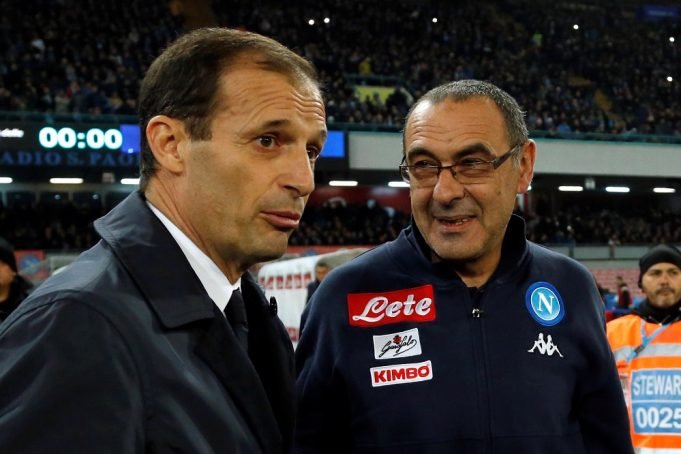 Sarri is one of the favorites to replace Antonio Conte

Antonio Conte won Premier League on his debut season with Chelsea but the title defend hasn’t gone the way he would have wanted. The Blues are battling to finish in the top 4 as they look to qualify for the Champions League next season.

The Italian is expected to leave the club at the end of the season and the club have already been linked to numerous potential candidates. One of them is Napoli’s manager Maurizio Sarri.

The 59 year old has transformed Napoli this season and are contenders to win the Serie A this season with just 1 point behind leaders Juventus. According to reports in Italy, the Premier League giants have already held talks with Sarri’s representative in London as they look to prepare life after Conte.

Chelsea wants to sign two Napoli players if Sarri decides to join them according to Tuttosport. They want to bring Kalidou Koulibaly and Elseid Hysaj from the Serie A club.

Koulibaly has been a long time interest for them and Conte has attempted to sign him, but a deal went through. The defender has improved under Sarri and scored the winner against Juventus last week, which put the title race wide open. He could cost around €100 million.

Another player has been impressive for Napoli is Hysaj, who has established himself as the first choice right back this season. He has a €55 million release clause, which is affordable in today’s market.

But the signings depends on whether Sarri joins Chelsea this summer. He also has a clause in his contract with Napoli which would allow him to leave if any club pays €8 million.