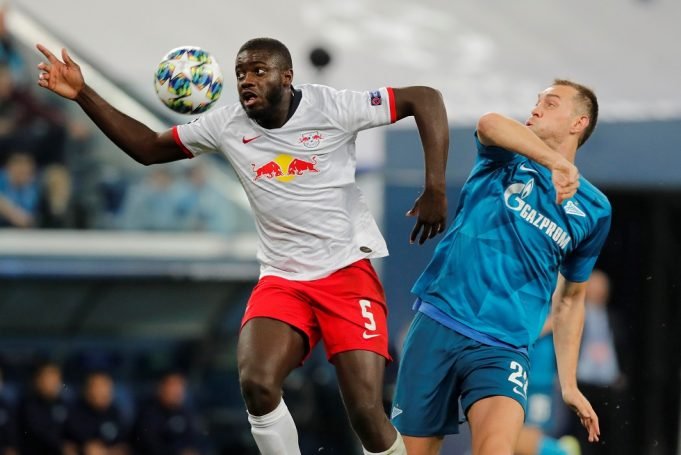 Chelsea are prepared to join in on the race for RB Leipzig’s Dayot Upamecano.

Hailed as one of the best defensive talents in the world, there are a plethora of clubs lining up for his services.

Chelsea were never one to hop on the Upamecano hype train but things have escalated quite fast over the past few months. Premier League rivals, Arsenal, Liverpool and Manchester United were linked with him previously but talks of a move collapsed when he signed a contract extension.

Good news is Upamecano’s new contract has a release clause worth around £40m which gets activated in the summer. That is a surprisingly low fee for the 22-year-old who was previously tipped to cost around a £100m.

Given how quickly value rises in the current market, Chelsea should do everything they can to get ahead of the competition. Frank Lampard brought in Thiago Silva in the summer to shore up his backline and has succeeded to a certain extent.

But the Brazilian is still 36 and their is no guarantee over the futures of Andreas Christensen and Antonio Rudiger. Signing Upamecano could be a long-term solution for one of the major problems at the club.