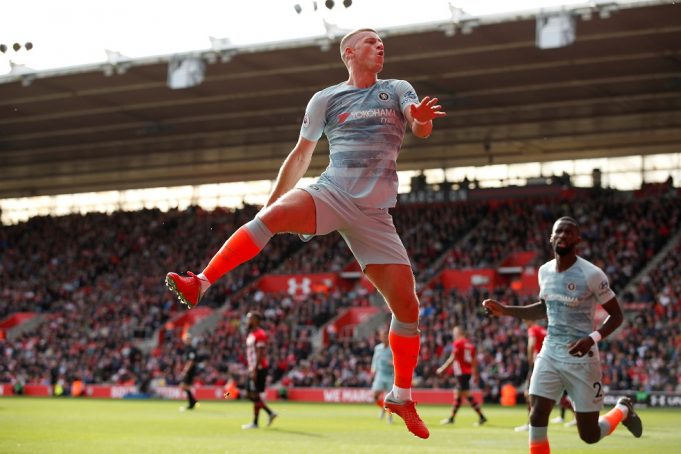 Our Chelsea vs Southampton betting tips and predictions

We expect a Chelsea win at 1.36 with Unibet. Below you can read the reasons for our Chelsea vs Southampton betting tips prediction.

We expect Tammy Abraham to score first at 3.90 with Unibet

Here are a few Chelsea vs Southampton free bets and special offers from the betting companies:

Reasons For Chelsea vs Southampton Prediction And Betting Tips

The Chelsea squad are the favourites to win this tie 1.36 with Unibet, with Southampton priced at 9.25 with Unibet to possibly cause an upset at Stamford Birdge.

Given their performances this season, it’s not hard to see why Chelsea are the price they are. Frank Lampard’s men are fourth in the table and just collected an impressive 2-0 away win over Tottenham Hotspur. They are back to their best self and are expected to run out winners in this fixture.

Southampton themselves were impressive against Aston Villa, winning 3-1 at Villa Park last weekend. They moved three points clear of the relegation spot and are the underdogs 9.25 with Unibet.

Speaking of quality, this will be an opportunity Tammy Abraham to continue his excellent scoring run which is why he has been handed odds of 3.90 with Unibet to score the first goal.

Chelsea face Southampton at Stamford Bridge on Thursday evening. Both teams need the win for different reasons, with the Blues looking to end their two-game losing streak.

The Blues are running on top form after their win agains Spurs but they have shocked us before – the defeats against West Ham United and Everton.

The Saints’ are battling relegation as usual and don’t have the best odds to collect points in this tie.

Tonight’s match only the 106th meeting between Southampton and Chelsea. The Blues have won 49 games while Southampton have managed 30 wins for themselves and the other 26 ended as draws.

Frank Lampard won’t be able to pick Matteo Kovacic at midfield due to too many accumulated yellow cards. That means the midfield trio of Jorginho, N’Golo Kante and Mason Mount could return.

Cesar Azpilicueta is likely to be rested due to a thigh issue, making Reece James the natural pick at right-back. A defensive back-four is also likely to be reinstalled after the 0-2 victory over Tottenham. This gives Fikayo Tomori to appear next to Antonio Rudiger in defence. Marco van Ginkel and Ruben Loftus-Cheek remain long-term absentees.

As for Southampton, Kevin Danso is sidelined with illness and Moussa Djenepo is a doubt due to a thigh pull. Oriol Romeu could get the nod against his former side while Michael Obafemi could also be rotated in. Yan Valery is ruled out indefinitely.

Ballack: Van Dijk should be happy he is not playing against Drogba

Ballack: Van Dijk should be happy he is not playing against...