Chelsea vs Newcastle United betting odds today – who will win according to the betting odds?

Our Chelsea vs Newcastle United betting tips and predictions

We expect a Chelsea win at 1.54 with Unibet. Below you can read the reasons for our Chelsea vs Newcastle United betting tips prediction.

We expect Tammy Abraham to score first at 4.20 with Unibet

Here are a few Chelsea vs Newcastle United free bets and special offers from the betting companies:

Reasons For Chelsea vs Newcastle United Prediction And Betting Tips

The Chelsea squad might win this match 1.54 with Unibet, with Newcastle United priced at 6.25 with Unibet. The Blues are tipped to run out winners but only by a slim margin.

Newcastle United’s record stands at only one win in their last six games. They are currently 13th in the Premier League table. It is a huge gamble backing them at 6.25 with Unibet.

Chelsea are a team who are in transition this season. They were hit with a transfer ban. They have not been able to sign any players in the summer. They have brought on Frank Lampard as head coach.

Frank Lampard has taken a new approach at Chelsea. Since he was not able to sign new players at the club, Frank has had to restore to the club’s youth pool. He got the likes of Tammy Abraham and Mason Mount and Fikayo Tomori their major break in the squad of Chelsea.

Chelsea keep winning one week and losing the next. However, it is only natural for the Blues. They are an young side and are learning are every week. They however, keep entertaining every week.

They are still in a better position at this point of the season and have the better odds at 1.54 with Unibet.

Speaking of quality, this will be an opportunity Tammy Abraham to continue his excellent scoring run which is why he has been handed odds of 4.20 with Unibet to score the first goal.

Chelsea face Newcastle United at the St. James’ Park on Saturday evening. Both teams need the win for different reasons, with the Blues looking to continue their performance after the Burnley win.

Chelsea are always winning one week and and next week they lose. They need to get more consistent. However, Lampard is likely to get more time. Chelsea won the last match against Burnley with a 3-0 score.

The Magpies are battling to climb up the table as usual and don’t have the best odds to collect points in this fixture.

Tonight’s match is the 169th meeting between Chelsea and Newcastle United. The Blues have won 74 games while Newcastle United have managed 53 for themselves. The other 39 games ended as draws.

Callum Hudson-Odoi is overcoming his initial season struggles. He had thought that it would be difficult to bounce back after his achilles injury – however, he has scored in both the last two games he played in.

Christian Pulisic is not playing currently. Marcos Alonso is additionally an uncertainty. Ruben Loftus-Cheek remains on the bench, even though his fitness is getting better. Chelsea keep winning one week and losing the next. However, it is only natural for the Blues. They are a young side and are learning are every week. They however, keep entertaining every week.

Miguel Almiron has performed reliably well since joining Newcastle from Atlanta United in January 2019. His performance has improved drastically and his scored goals are helping improve his form. 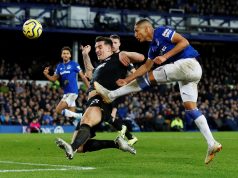