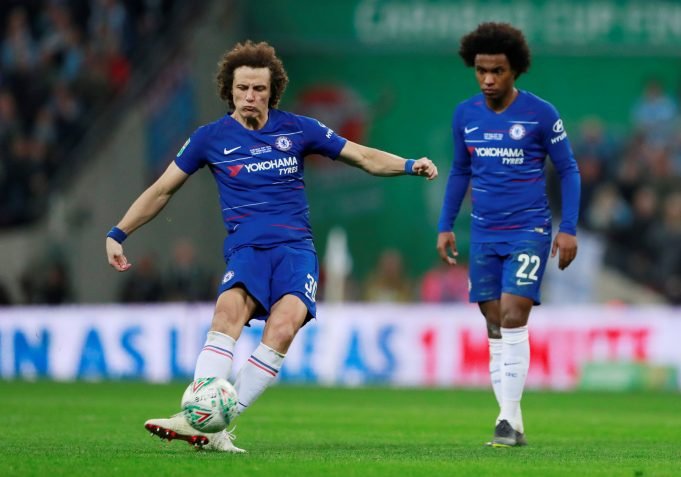 David Luiz is reportedly still waiting on Chelsea to make a decision regarding his future with the club.

The Brazilian defender currently only has a few more months left on his contract with the Blues. He has been praised as one of the best defenders in the Premier League this season after being reinstated into the starting role by Maurizio Sarri.

Luiz is enjoying one of his best seasons at the Stamford Bridge when he was only a bench warmer last term under Antonio Conte. His ability to dictate plays from the back while also leading the team’s defence has made him irreplaceable to the Italian manager.

However, Chelsea’s policy of not offering veterans above the age of 30 more than a year-long contract has not sat well with the centre-back. The Blues quite recently bid farewell to Cesc Fabregas who was in a similar boat as Luiz.

It is becoming increasingly uncertain whether the Brazilian’s contract will be renewed beyond this season and more importantly as per his terms. But Luiz has chosen to have faith in his employers while trying to see the team through the rest of the 2018/19 campaign.

He told Goal.com ahead of the 2-0 win against Tottenham Hotspur, “It’s one of the best seasons I’ve had individually, but, for me, this doesn’t count because I want my team to win.”

Transfer Ban Might Provoke Eden Hazard To Jet Out Of Chelsea