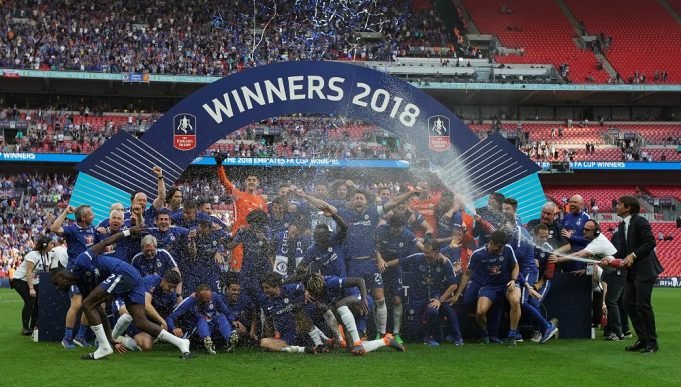 They have been behind in the transfer window in comparison to other Premiere League clubs but with their managerial situation sorted it was expected that it will finally kickstart their transfer plans.

One of the unexpected areas The English Side might have to strengthen is between the sticks as Thibaut Courtois continues to be linked with a move to Real Madrid, as they see him as a long term successor for Keylor Navas.

The Belgian goalkeeper returned to the club from Atletico Madrid in the summer of 2014 after he enjoyed 3 successful seasons on loan in Spain. Since then he has been the mainstay between the sticks and has established himself as one of the best Goalkeepers in the world.

Maurizio Sarri even admitted that he is unsure about the player’s future though he wants him to stay. However, the London club have refused to budge on their £40 million valuation of the player.

“I have been reading everywhere that Chelsea are saying it is up to Thibaut, but he has made it clear to the club that the best option for him is to move to Madrid,” He said, according to The Sun.

“For him this is a big decision because he wants to be near his family, and there is an offer in place for Chelsea to accept.”

We have seen suggestions that it is about money, and it is true he could get an increase with a move.

“But he has turned down a better offer elsewhere because this is more than a financial decision.

“Throughout this it has important for everyone to be reasonable, and the buying club has come up with a reasonable offer for a player who has one year left on his contract when they know they could sign him without a fee in 12 months.

“It is understandable people might be upset because he wants to leave the club, we accept that.

“But this is a human decision based on someone wanting to be close to his children – and that is a reasonable thing too.”