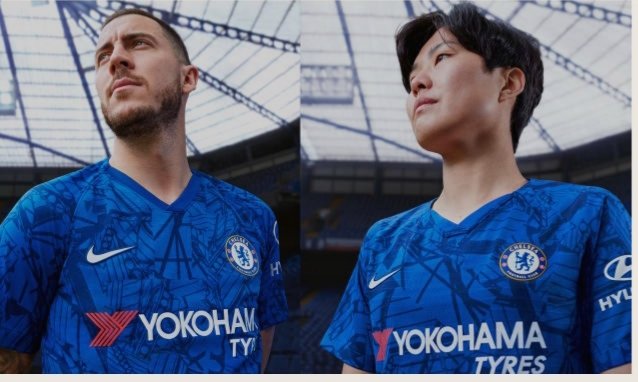 Chelsea have revealed their new kit for the following season. The kit’s inspiration is just one thing: Stamford Bridge. The shirt is a typical Chelsea shirt: blue in colour but it has some imagery designed on it.

This shirt has a V-neck which is something that was absent in some of Chelsea’s past shirts. It also has a red and white CFC monogram at the back of the collar.

Inside the shirt, there is the lion from the club’s crest which was PRIDE OF LONDON written all around it.

Chelsea talisman Eden Hazard said of the kit, “It’s our home. Every time we step out to play in front of our fans, it just feels right. We’ve created so many memories at the Bridge over the years so it’s only fitting that we pay tribute to such an iconic stadium through the jersey.”