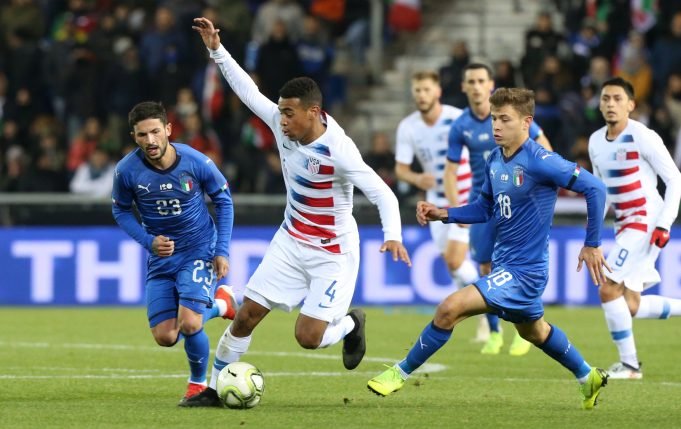 According to a report in Metro, Chelsea transfer target Nicolo Barella would find it impossible to say no to Manchester United.

The Blues were understood to be chasing the midfielder, but have been unable to come to a conclusion of the deal.

Italian side Cagliari have set an asking price of £43m, that eventually led to Chelsea cooling their interest in the player.

Maurizio Sarri is a fan of the 21-year-old and asked the Blues to make him come to Stamford Bridge.

But as per the latest updates, the interest has been swayed away.

Manchester United, who have been keeping tabs on the player and were tipped to make a bid at the start of this month, but their bid was well below the valuation.

Barella is a fan of playing his football in the Premier League and it would be very tough for him to reject United if the Red Devils convince Cagliari to sell.

Meanwhile, Chelsea’s search for Cesc Fabregas’ replacement will be a continual process. Leandro Paredes was another on their radar, but he is set to join PSG.

With the transfer window shutting on Thursday, it looks highly unlikely that the Blues would sign a new midfielder.

The only significant move they have made this month is signing Gonzalo Higuain on loan from Juventus. Also, Alvaro Morata is set to leave the club and join Atletico Madrid.